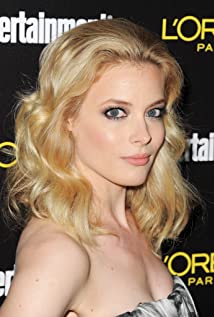 Gillian Jacobs was born on October 19, 1982 in Pittsburgh, Pennsylvania, US. Her father, William F. Jacobs Jr., was an investment banker and her mother, Martina Magenau Jacobs, was an alumni relations officer at Carnegie Mellon University.Gillian is an alumnus of Mt. Lebanon High School, Pennsylvania, and Juilliard School, New York. She holds a bachelor's degree in fine arts and began acting at a young age by attending acting classes at the Pittsburgh Playhouse on weekends.Jacobs made her acting debut portraying the role of Titania in Pittsburgh Public Theater's stage adaptation of Shakespeare's "A Midsummer Night's Dream" at the age of 16. Years later, she made her debut in cinema with the Building Girl (2005) then, made her television debut with the role of Adele Congreve in three episodes of the popular series The Book of Daniel (2006).Jacobs' most memorable role remains as CJ in the Nonames (2010) pre-breakout of her career, which brought huge laurels for her acting as well as the Method Fest Award in the Best Actress category.In 2006, Gillian appeared in "Cagelove", an off-Broadway production. The play received negative reviews from all quarters yet, all reviews appreciated Gillian's acting talent.Her big break came in the form of Community (2009), wherein she played the role of Britta Perry for 119 episodes until curtains came down on the show. In 2015, she also appeared in the HBO series Girls (2012) with a recurring role as Mimi-Rose Howard.In 2016, she joined the critically acclaimed show Love (2016) to play the role of Mickey Dobbs for three consecutive seasons on Netflix. Her other streaming platform collaboration for a TV series came in 2021 with Invincible (2021) on Amazon Prime where she plays the role of Atom Eve. She will feature as Chris Riley, wife of legendary basketball coach Pat Riley, in Untitled Lakers Project (2022) which will debut in 2022 on HBO.Gillian's other prominent film appearances include Choke (2008), Gardens of the Night (2008), The Box (2009), Life Partners (2014), Walk of Shame (2014), Don't Think Twice (2016), Life of the Party (2018) and I Used to Go Here (2020) while her future projects are Fear Street: Part One - 1994 (2021), Violence of Action (2021) and Any Other Night.She also appeared on the back of the camera as well. In 2015, Gillian directed a short documentary titled Signals: The Queen of Code (2015) about Grace Hopper, a rear admiral in the US Navy and a computer scientist, who ushered in the digital era.Later, she directed a short film Shatterbox: Curated (2018) in the form of Shatterbox, a film series from TNT and Refinery29, which provides a platform for the next cycle of female storytellers. Her latest as a director came with Marvel 616: Higher, Further, Faster (2020) an episode for Marvel 616 (2020).In-person Jacobs is a teetotaler. She says she made a choice while young to never have an alcoholic beverage or do drugs. She says her father is an addict, and together with reading the cautionary tale in the young adult novel "Go Ask Alice", about a 15-year-old drug addict, made an impact on her life in this regard.Another book that shaped Gillian's perspective of life is "No Turn Unstoned," by Diana Rigg, a collection of terrible reviews that undeniably great actors received over the years. It was given to her by an acting teacher after she received a very bad review in a local paper for her initial performance in "A Midsummer Night's Dream." Thanks to this experience, she started to see these performances as an opportunity, a chance to improve instead of a burden.

Mark, Mary & Some Other People

I Used to Go Here