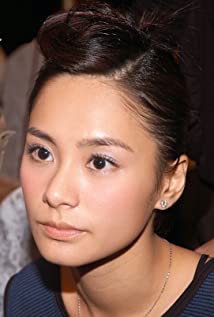 Gillian Chung Yun Tung is a Hong Kong pop singer and actress. She resides in the affluent Midlevels district in Hong Kong with her younger sister. Standing at just over five feet tall, Chung is a graduate of the Kowloon True Light Middle School and attended RMIT University in Melbourne, Australia. While at RMIT, she also worked as a part-time model.In 2001, Chung was approached by Emperor Entertainment Group to form a singing group, Twins, with Charlene Choi, to whom she is not actually related. Initially, people did have difficulty telling the two apart, but they have since developed their own distinct personalities.Chung made her film debut in U Man which was released in 2002 and has since proven her acting skills in a number of films like Beyond Our Ken which has earned her critical acclaim. Outdoing herself in every martial arts sequence, Chung has established herself as the up and coming action star.In the film Beyond Our Ken released in 2004, Chung played as Chan Wai Ching, a spurned girlfriend of the eponymous Ken, where she managed to brings both a charming girlishness and an opaque resolve to the character, and handles her despondency with believable vulnerability. Chung occasionally gives off the same sweet likability that has characterized her earlier performances, but shows far more than that in this particular film. The film managed a box office taking of HK$ 3,886,355 and it has its World Premiere in Toyko International Film Festival.

The House That Never Dies: Reawakening