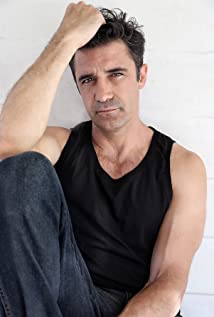 Gilles Marini exploded onto the scene as "Dante", the Casanova living in the beach house next door to Kim Cattrall's "Samantha" on the Sex and the City (2008) movie, a role which has earned him international recognition. Though people went to the theatres to see Carrie, Samantha, Miranda and Charlotte, they left with one thing on their mind....Gilles's shower scene.Gilles has been seen on television on Ugly Betty (2006), Dirty Sexy Money (2007), Criminal Minds (2005), Windfall (2006) and in several soap operas, including The Bold and the Beautiful (1987) and Passions (1999). His recent film credits include "One and the Other" (L'Une et L'Autre (2007)), Pirates of the Caribbean: At World's End (2007) and The Boys & Girls Guide to Getting Down (2006).Gilles has appeared in many television commercials and print ads for companies like Budweiser, Clairol, Coca Cola, Ross, Chrysler, Fila, GNC, Infiniti, Mervins, Avon, Lord and Taylor, Robinsons May, etc.Gilles was born in Grasse, France. After working as a baker in his father's bakery since he was 8-years-old and graduating from high school, Gilles joined the French army and was stationed in Paris, where he acted as a fireman for the famous Brigade des Sapeurs Pompiers de Paris. It was in Paris where Gilles met Fred Goudon, a famous photographer who introduced Gilles to the world of modeling. After fulfilling his military duties, Gilles decided to go to the United States to learn English while working as a model.In his spare time, Gilles enjoys playing soccer as part of a neighborhood team. He also teaches martial arts to his son, Georges Marini.Gilles currently resides in California with his wife Carole, son Georges, and daughter Juliana.

Are You There, Chelsea?

Puss in Boots: The Three Diablos