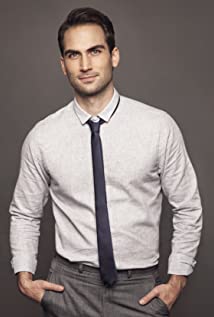 Giles has gone into space and saved the world, as a cartoon that is. This Vancouver native accomplished both of these childhood goals in a roundabout way. Be it his drumming, sports, or his involvement in leadership, from a young age he always managed to find his way into the spotlight.Acting professionally was the logical next step. His studies took him from Vancouver to New York and back again and he's vigorously incorporated many training and performance models into his own. He developed a playfulness and strength which applied to his work quickly lead to booking substantial parts. Starting with a recurring role on Flash Gordon and continuing with recurring roles, guest stars, and large parts on shows such as V (2009), King & Maxwell (2013), and Mr. Young (2011).His growing passion for acting pushed him into the field of voice work where he quickly booked the lead role on his first cartoon playing "Commander Keith" on Voltron Force (2011), a reboot of one of the largest animation series of all time.The past few years have brought a lot of momentum for Giles. Some of the highlights being earning his first action figure from a cartoon series (Max Steel (2013)), garnering recurring roles on Girlfriends' Guide to Divorce (2014) and Cedar Cove (2013), joining the cast of Reign (2013) where he can be seen sporting a dashing British accent, and lead roles in 2 more animated series including Lego's Nexo Knights (2015). Most recently Giles earned the huge honor of playing the iconic role of "Tarzan". He can be seen/heard swinging on screen in the new Netflix animated series Tarzan and Jane (2017).

The Last Kids on Earth

Til Ex Do Us Part

Cop and a Half: New Recruit