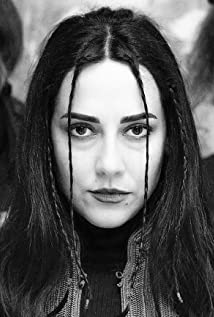 Giada Colagrande was born in Italy in 1975. She studied in Italy, Switzerland and Australia. In 1995 she began making video art and documentaries on contemporary art. From 1997 to 2000 she joined the art project VOLUME, making a series of video portraits of 7 contemporary artists: Jannis Kounellis, Alfredo Pirri, Bernhard Rüdiger, Nunzio, Raimund Kummer, Gianni Dessí, Maurizio Savini and Sol Lewitt. She made three short films: Carnaval (1998), "Fetus - 4 Brings Death" (1999), and "n.3" (2000). In 2001 she wrote, directed and starred in her first feature film Open My Heart (2002) (Open My Heart), which premiered at the Venice Film Festival 2002, and then was selected by many international film festivals, such as the Tribeca Film Festival 2003, in competition, and Paris Cinema 2003, where it won the award 'Prix de l'avenir'. Giada was also nominated for Best New Director at the Silver Ribbon 2003. Open my Heart was released in Italy by Lucky Red and in the USA by Strand Releasing. In 2005 she directed her second feature Before It Had a Name (2005), which she co-wrote and co-starred in with Willem Dafoe. The film opened at the Venice Film Festival 2005, was then showed in San Sebastian Film Festival and various other international festivals. It was distributed worldwide by Millennium with the title 'Black Widow'. In 2010 she wrote and directed her third feature A Woman (2010), starring Willem Dafoe, Jess Weixler and Stefania Rocca. It also premiered at the Venice Film Festival 2010 and then screened at many other international film festivals. In 2012 she made the short film The Woman Dress (2012), for the Prada series "The Miu Miu Women's Tales", and the feature film Bob Wilson's Life & Death of Marina Abramovic (2012), a documentary on the opera directed by Robert Wilson, based on Marina Abramovic's biography, starring Willem Dafoe, Antony Hegarty and Abramovic herself, which was screened at MoMA in New York and at the Louvre Museum in Paris. Both films premiered at the Venice Film Festival 2012. In 2013 the film The Abramovic Method (2013), which continues her collaboration with performance artist Marina Abramovic, was presented at the Venice Film Festival and went on to being shown in art museums around the world. In 2016 she wrote, directed and performed in Padre (2016) starring herself, Willem Dafoe, Franco Battiato and Marina Abramovic. After premiering at the Festival Internacional de Cine de Morelia (Mexico), the film is still showing in film festivals around the world, while being theatrically released by The Open Reel. As an actress, she has also performed in Abel Ferrara's Pasolini (2014) and in Wes Anderson's short film Castello Cavalcanti (2013). In 2017 Giada made her debut as a singer, writer & composer in the project THE MAGIC DOOR, created with Arthuan Rebis and Vincenzo Zitello.