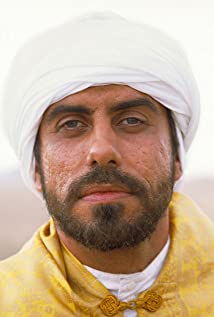 He was born in Pretoria, South Africa on 20 April 1966. After completing high school in 1983 he spent two years in the military (compulsory!!). He drifted through the USA in 1986. In 1987 he joined the Drama school at the University of Pretoria where he graduated in 1989. He then joined the CAPAB drama company for a year performing on stage in Shakespeare plays, comedies and dramas. He keft the company in 1991 to start his own theatre company called Makeshift Moon, specialising in original South African works. He received some noteriety as a gutsy actor and outspoken oponent to the Apartheid regime at the time. It was also in 1991 that he started developing an interest in film and appeared in numerous leads and supports over the next decade. In 1998 he became the youngest head of a drama school in the history of South African drama schools at City Varsity in Cape Town. He has worked with actors such as Dennis Hopper, Peter Weller and Brian Brown. He will be seen in the upcoming Disney feature, _Young Black Stallion, The (2002)_ and the soon to be released Dutch film, Adrenaline (2003).

The Adventures of Sinbad