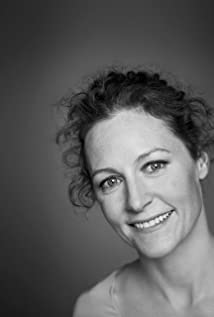 Geraldine Somerville was born in Dublin. She lived in Co. Meath until she was six, when her parents moved to the Isle of Man. Geraldine went to dance classes from the age of 6 and, at the age of 8, she attended the Arts Educational School in Tring, Hertfordshire. There, she was taught ballet, music and drama. At sixteen, she left to continue her studies in London, where she gained a place at the Guildhall School of Music and Drama.Geraldine has, most recently, been seen in the film My Week with Marilyn (2011), directed by Simon Curtis, alongside Golden Globe-winner Michelle Williams, and has a leading role as "Louisa Manton" in the upcoming Julian Fellowes ITV Production of Titanic (2012), to be broadcast in March/April 2012.Geraldine's acting career began in 1989, immediately after graduating from the Guildhall. She was cast as "Laura" opposite Linus Roache in "The Glass Menagerie", at The Royal Exchange Theatre in Manchester, for which she was nominated for a Best Actress award by the Manchester Evening News.Geraldine's numerous theatre credits include: "Three Birds Alighting on a Field", directed by Max Stafford-Clark, "A Jamaican Airman Foresees His Own Death", directed by Hettie Macdonald and "The Treatment", directed by Lindsay Posner, all at The Royal Court, "Juliet" in "Romeo and Juliet", directed by Andy Hay at Bristol Old Vic, "I Am Yours", directed by Nancy Meckler for Shared Experience, "A Doll's House", "Birmingham Rep", 'Blue Remembered Hills", with Steve Coogan and Nigel Lindsay, directed by Patrick Marber, and "Power" with Robert Lindsay and Rupert Penry-Jones, directed by Lindsey Posner for The National Theatre. More recently, Geraldine appeared at the Donmar Warehouse in "Serenading Louis", 2010, opposite Jason O'Mara, directed by Simon Curtis.Geraldine has starred in a wide variety of television dramas, her breakout role being, "'Panhandle' Penhaligon", alongside Robbie Coltrane, in the ground-breaking, award-winning drama series, Cracker (1993) (1993-1995), by Jimmy McGovern, a much-imitated series still shown around the world. Geraldine was nominated for the Best Actress Bafta for her role as "Detective Penhaligon".Other notable television dramas include: Performance: The Deep Blue Sea (1994) (1994), Aristocrats (1999), Performance: After Miss Julie (1995) (1995), Daylight Robbery (1999), Heaven on Earth (1998), The Safe House (2002), Daphne (2007) and The Children (2008).Films include: My Week with Marilyn (2011), director Simon Curtis, Sixty Six (2006), director Paul Weiland, Gosford Park (2001), director Robert Altman, Jilting Joe (1998), director Dan Zeff.Geraldine also played "Lily Potter", mother of "Harry Potter" in all the Harry Potter Films.

Christmas in the Highlands

My Week with Marilyn