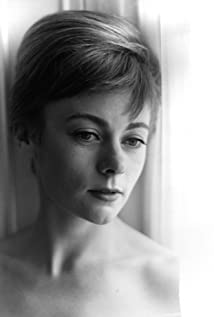 Geraldine McEwan was born in Old Windsor, England and made her theatre debut at the age of 14 at the Theatre Royal in Windsor. By the age of 18 she was starring in London's West End in several long-running popular productions. During the 1950s she acted with the Shakespeare Memorial Theatre in Stratford-Upon-Avon and joined the Royal Shakespeare Company in 1961.She had leading roles as Beatrice in Much Ado About Nothing with Christopher Plummer, Ophelia in Hamlet, The Princess of France in Love's Labour's Lost, Marina in Pericles and played opposite Dorothy Tutin in Twelfth Night which also toured Moscow and Leningrad.Miss McEwan originated the female lead role in Joe Orton's Loot, captivated Broadway with productions of The School for Scandal, The Private Ear and the Public Eye, and most recently, The Chairs, earning her a Tony nomination for best actress.As a member of the Royal National Theatre, acting along side Albert Finney, and Laurence Olivier, Geraldine spent the 1960s and 70s with memorable roles including The Dance of Death, Love for Love, A Flea in Her Ear, Chez Nous, Home and Beauty, The Browning Version, Harlequinade and The White Devil. In 1976 she had the distinction of being nominated for an Olivier Award in two separate categories.In 1983 she won the Evening Standard Best Actress Award for The Rivals. In 1991 she won the BAFTA Best Actress Award for her intense and powerful performance as the Mother in Oranges Are Not the Only Fruit (1989) and in 1995 she won the Evening Standard Best Actress Award for her performance of Lady Wishfort in The Way of the World.In 1998, McEwan was nominated for a Tony Award in the Best Actress Category for The Chairs. Her numerous television credits include the highly acclaimed The Barchester Chronicles (1982) with Alan Rickman, The Prime of Miss Jean Brodie (1978), Mulberry (1992), and the immensely popular Mapp & Lucia (1985). Her film work includes The Dance of Death (1969) with Laurence Olivier, Robin Hood: Prince of Thieves (1991) with Alan Rickman, Henry V (1989) and Love's Labour's Lost (2000), both with Kenneth Branagh, and most recently The Magdalene Sisters (2002), The Lazarus Child (2004), Vanity Fair (2004) and Carrie's War (2004). In 2003, Geraldine was chosen to play Agatha Christie's Jane Marple. She recently retired from that role after completing 12 hugely popular two-hour mysteries for ITV/PBS.

The Curse of the Were-Rabbit