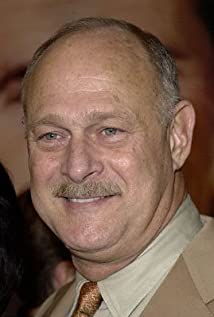 McRaney holds the distinction of being the last guest star to meet "Matt Dillon" in a gunfight on Gunsmoke (1955) - in the episode, Gunsmoke: Hard Labor (1975), first broadcast on February 24, 1975 (he lost). In fact, in the early portion of Gerald McRaney's career he almost always played the villain; but, since his first series, Simon & Simon (1981), hit it big, he's played mostly good guys. The character of passionate but irresponsible "Rick Simon" gave McRaney the opportunity to play a dramatic role with a comedic edge. A second hit series, Major Dad (1989), showcased his talent for comedy. McRaney met and fell in love with fellow southerner Delta Burke when she guest-starred on Simon & Simon (1981). He later appeared on her series, Designing Women (1986), as her ex-husband, although it is an unwritten rule that actors with current series don't do guest roles; they were married not long after.