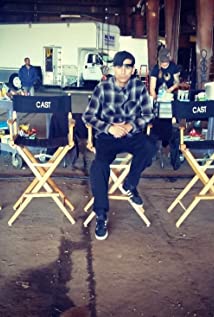 Born and raised in Brooklyn, New York. Georgy always had a passion for music, he was known for his lyrics and always like to challenge an opponent in a rap battle. At the time SkinnySlim was attending high school for broadcasting. He enjoyed sports and wanted to be a commentator. Knowing Brooklyn for its graffiti and gangs, Skinny knew that New York was not going to be the place for him to pursue his dream. He found his new home in the Hip-Hop Capital of Atlanta, Georgia. Adapting to the different lifestyle, Slim started networking and quickly picked up his pace and started meeting people in the music industry. Expanding in the reggaeton scene he became opening acts for different artist that came to the area. He quickly started doing private shows in variety of clubs in the Metro Atlanta Area. From performing and in the studio, Slim saw that reggaeton died out fast and needed a new outlet to get his image out there more. So he started acting and he enjoyed auditioning for different independent films and started picking up a habit for it. He started to get roles in different shows and films like The Walking Dead & Triple 9 Staying persistent and committed showed that he really wanted to continue his career as an Entertainer.