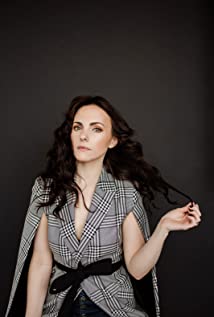 Georgina Frances Reilly is a British Canadian actress born February 12, 1986, in Guildford, United Kingdom, to songwriter/composer David Reilly and business administrator Frances Reilly. She comes from a long line of performers, her grandfather being Tommy Reilly, the world's first classical harmonica player. Growing up in an artistic household, she soon took to the family business, performing in musical theatre productions throughout her schooling. She met Philip Bateman (musical director of Billy Elliot, London production), who became a great mentor and supporter of her singing and acting. At the age of 16, she and her family made the move to Toronto, Canada, where Georgina finished her formal education. While attending Havergal College, she took a break from performing to focus on school. She was soon discovered by celebrated independent filmmaker Bruce McDonald, who cast her in the critically acclaimed 'Pontypool', which premiered at the 2008 Toronto International Film Festival. It wasn't very long before Georgina became a household name in Canada. She is best known for her role as the feisty young coroner Dr. Emily Grace on Canada's acclaimed Victorian series Murdoch Mysteries and as the cynical Sabrina Reynolds on The CW's The L.A Complex. She married actor and filmmaker Mark O'Brien January 6, 2013, after meeting him on set. They reside in Los Angeles.

My Babysitter's a Vampire

This Movie Is Broken