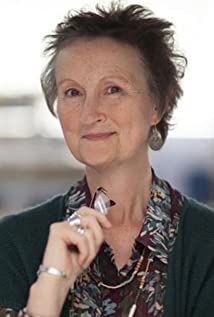 Georgie was born in Helensburgh, Argyll and Bute, on April 20th 1956 and as a child had little interest in appearing in school plays. In fact she studied graphic design at Glasgow School of Art and moved to London in her mid-twenties to design book covers for the Thames and Hudson publishing house. Looking for other interests she joined Floodlight Council, an organization set up to bring out adult's artistic skills and then became part of the Questors Theatre Company in Ealing, West London. Here she met the late Alan Rickman - who, like Georgie, had a background in design before treading the boards - and he encouraged her to follow her acting ambitions. As a result she enrolled at the Bristol Old Vic drama school alongside Mark Strong and Jeremy Northam and on graduating had her first job at the Wolsey Theatre in Ipswich. Even then she felt, somewhat modestly, that she did not have the looks for a leading lady but ever since her television debut in 1988 she has been a reliable supporting player in virtually every type of show from sketch comedy to period drama, notably as doughty Sergeant Nokes in 'Heartbeat' and the liberal, kindly teacher Audrey in 'Waterloo Road' - filmed in her native Scotland. Indeed she may be said to be one of the first ladies of character acting and though her film roles have again always been in support of bigger names she has proved herself to be a scene- stealer par excellence, as one of the more enthusiastic Calendar Girls (2003) and a lady experiencing the joys of pelvic massage in the Victorian-set comedy 'Hysteria'.

Death on the Tyne

I Want My Wife Back