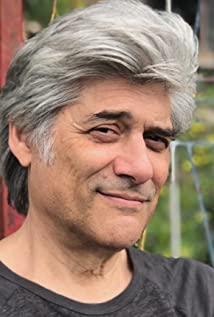 Georges Corraface has risen to star status in Europe throughout a career in film, theatre and television.This ruggedly charismatic leading man is notably a box-office draw in Greece, Spain and France, where he lives and is a popular celebrity.A classically trained and versatile actor, his gift for languages and his multi-cultural background has enabled him to work in eight languages and an even wider variety of accents.At the height of an auspicious and daring theater career, as a member of the famed Peter Brook Company in Paris, Corraface was discovered by David Lean in 1987. The legendary director cast him in the title role of "Nostromo". Although the film was never made, due to Lean's illness, the resultant attention launched Corraface into American productions with films like Not Without My Daughter (1991), Impromptu (1991) Christopher Columbus: The Discovery (1992) and Escape from L.A. (1996).In recent years, however, he has found his most challenging and successful roles in European film and television where his original characterizations have won him a loyal and ever-growing following, critical acclaim and Best Actor awards.The smolderingly lusty Yaman in La pasión turca (1994) wooed audiences in Spain. Meanwhile, in France, Corraface was getting rave reviews for a wide variety of starring movie roles, ranging from the candid and ebullient macho, Cheto, in the romantic comedy Vive la mariée... et la libération du Kurdistan (1998) to the swarthy and noble ex-con, Max, in the dark psychological thriller Préférence (1998).In Greece, he made his mark with his performances first as a tormented and emotionally disconnected everyman in Slaughter of the Cock (1996), then as the comically naive and soulful peasant on a pilgrimage in Word of Honor (2001). Both parts earned him the highest film awards in Greece. He went on to portray Fannis, the introspective and traumatized exile in the nostalgic comedy A Touch of Spice (2003), which broke all Greek box-office records before conquering audiences abroad.French television has made Corraface a broadcast star with mini-series roles like the suavely sophisticated François in The Blue Bicycle (2000), the hurt and sensitive rebel Thomas in The Red Summer (2002), or the earnestly bumbling professor in Le château des oliviers (1993)". Other TV productions focusing on contemporary issues have reinforced his popularity, through characters such as the haunted, hard-drinking journalist Rachid in the made for Arte film, Algiers-Beirut: A Souvenir (1998), or as Alex, a solitary, fast-talking swat team crisis negociator in Alex Santana, négociateur (2002), a series of made-for-TV movies (TF1).Overall, Corraface appears to enthusiastically alternate his more commercial work with dedicated involvement in less mainstream "films d'auteurs" with a new generation of independent filmmakers.

Adults in the Room