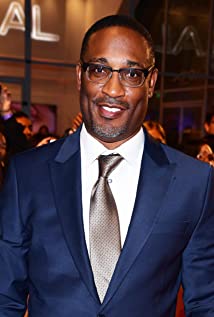 After seeing the films, COOLEY HIGH and TAXI DRIVER, Milwaukee, Wisconsin native George Tillman, Jr. became inspired to make films of his own. In 1994, George wrote and directed his first feature film, SCENES FOR THE SOUL. It was shot entirely in Chicago, using local talent and resources. The film, which cost $150,000 to make, caught the attention of Doug McHenry and George Jackson who acquired it for Savoy Pictures for $1 million. Following the momentum of this success, George began to write a script, loosely based on his own life--SOUL FOOD. SOUL FOOD began production on November 6th, 1996 on a hectic 30-day schedule with a cast that included Vanessa Williams, Vivica A. Fox, Nia Long, Mekhi Phifer, Michael Beach, Irma P. Hall, and Brandon Hammond. Modestly budgeted at $7 million, SOUL FOOD opened to critical and financial success, grossing over $43 million domestically. As a result, George and his producing partner, Bob Teitel, landed a first look deal at Fox 2000, which they still maintain to this day. State Street Pictures became their company's new name - a reference to their earlier years as a filmmaking team in Chicago. George's next directorial effort was MEN OF HONOR, an epic story inspired by the life of Carl Brashear, a man who battled the obstacles of racism, a lack of education, and the loss of his leg to become the United States Navy's first African-American Master deep sea diver. The film starred Oscar winning actors Cuba Gooding, Jr. and Robert De Niro with an ensemble cast that included Charlize Theron, Michael Rapaport, Lonette McKee, Glynn Turman, and Hal Holbrook. After the success of MEN OF HONOR, George ventured into producing. In addition to his role as Executive Producer of the beloved "Soul Food: The Series" for Showtime Networks, George co-produced with partner, Bob Teitel the MGM BARBERSHOP series and ROLL BOUNCE. George stepped back into the director's chair in 2007 to direct the biopic NOTORIOUS at Fox Searchlight. This edgy telling of slain rapper Notorious BIG's life proved to be the perfect vehicle for George's directorial style and finesse. Starring the unknown Jamal Woolard as Christopher "Notorious BIG" Wallace, the film also boasts strong talent such as Derek Luke as Sean "Puffy" Combs, Oscar nominated Angela Bassett as Voletta Wallace and Anthony Mackie as Tupac Shakur. The film was released in January 2009. George then directed the thriller FASTER starring Dwayne "The Rock" Johnson in the 2010. George followed up that movie with THE INEVITABLE DEFEAT OF MISTER AND PETE, a small indie exploring the hardships experienced by two young boys living alone in extreme poverty in a housing projects in Brooklyn. Written by Michael Starrbury, the movie debuted at the 2013 Sundance Film Festival where it was bought and released by LIONSGATE. The cast includes Jennifer Hudson, Anthony Mackie, Jeffery Wright and introducing Skylan Brooks and Ethan Dizon. In addition to directing features, George helmed the pilot LOVE IS A FOUR LETTER WORD for NBC, along with episodes of Starz' POWER, Netflix/Marvel's LUKE CAGE, and NBC's dramedy THIS IS US. Currently, he is developing the feature film version of the much-anticipated novel THE HATE U GIVE written by Angela Thomas for Fox 2000 Pictures. The story follows a 16-year-old African American girl struggling to find her voice after the horrific shooting death of her friend by a white police officer.

The Hate U Give

Barbershop: The Next Cut

The Inevitable Defeat of Mister & Pete

Barbershop 2: Back in Business