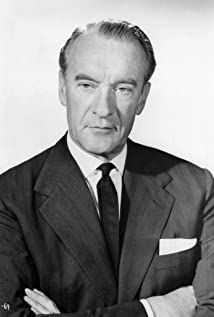 George Sanders was born of English parents in St. Petersburg, Russia. He worked in a Birmingham textile mill, in the tobacco business and as a writer in advertising. He entered show business in London as a chorus boy, going from there to cabaret, radio and theatrical understudy. His film debut, in 1936, was as Curly Randall in Find the Lady (1936). His U.S. debut, the same year, with Twentieth Century-Fox, was as Lord Everett Stacy in Lloyds of London (1936). During the late 1930s and early 1940s he made a number of movies as Simon Templar--the Saint--and as Gay Lawrence, the Falcon. He played Nazis (Maj. Quive-Smith in Fritz Lang's Man Hunt (1941)), royalty (Charles II in Otto Preminger's Forever Amber (1947)), and biblical roles (Saran of Gaza in Cecil B. DeMille's Samson and Delilah (1949)). He won the 1950 Academy Award for Best Supporting Actor as theatre critic Addison De Witt in Joseph L. Mankiewicz's All About Eve (1950). In 1957 he hosted a TV series, The George Sanders Mystery Theater (1957). He continued to play mostly villains and charming heels until his suicide in 1972.

The Best House in London