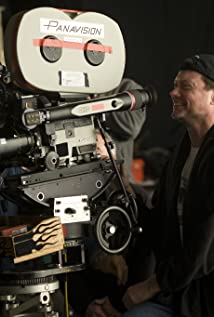 Nolfi was born in Boston, Massachusetts. He attended James Hart Junior High School in Homewood, Illinois, and then Homewood-Flossmoor High School in Flossmoor, both in the south suburbs of Chicago. He graduated from Princeton University summa cum laude with a bachelor's in public policy and was awarded a Marshall Scholarship to Oxford University. He completed some graduate work there in philosophy and then switched to the doctoral program in political science at UCLA.Nolfi sold his first spec script, Pathfinder (as yet unproduced), before completing his Ph.D. and left UCLA with a master's degree.In 2004, he adapted his spec screenplay Honor Among Thieves (previously considered as a John Woo vehicle) into the sequel to Ocean's Eleven called Ocean's Twelve.[2] He has also written screenplays for Timeline and The Sentinel. He co-wrote The Bourne Ultimatum with Tony Gilroy, and Scott Z. Burns.Nolfi is set to direct a projected horror film entitled, XOXO, which is being produced by Darren Aronofsky and written by Black Swan writer Mark Heyman.