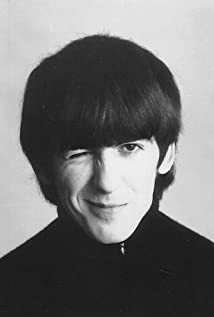 A master musician, a film producer and actor, best known as the lead guitarist and occasionally lead vocalist of The Beatles, George Harrison was born February 25, 1943, in Liverpool, Merseyside, England. He was also the youngest of four children, born to Harold Harrison and Louise Harrison.Like his future band mates, Harrison was not born into wealth. Louise was largely a stay-at-home mom while her husband Harold drove a school bus for the Liverpool Institute, an acclaimed grammar school that George attended and where he first met a young classmate, Paul McCartney. By his own admission, Harrison was not much of a student and what little interest he did have for his studies washed away with his discovery of the electric guitar and American rock-'n'-roll.There were a lot of harmonies in the Harrison household. He had a knack of sorts for it by age 12 or 13, while riding a bike around his neighborhood and hearing Elvis Presley's "Heartbreak Hotel", playing from a nearby house. By the age of 14 George--who was a fan of such legends as , Harrison, who grew up in the likes of listening to such rock legends Carl Perkins, Little Richard and Buddy Holly--had purchased his first guitar and taught himself a few chords.McCartney', who had recently joined up with another Liverpool teenager, John Lennon, in a skiffle group known as The Quarrymen, invited Harrison to see the band perform. Harrison and Lennon had a few things in common, such as the fact that they both attended Dovedale Primary School but didn't know each other. Their paths finally crossed in early 1958. McCartney had been egging the 17-year-old Lennon to allow the 14-year-old Harrison to join the band, but Lennon was reluctant; as legend has it, after seeing McCartney and Lennon perform, George was granted an audition on the upper deck of a bus, where he wowed Lennon with his rendition of popular American rock riffs.The 17-year-old Harrison's music career was in full swing by 1960. Lennon had renamed the band The Beatles and the young group began cutting its rock teeth in the small clubs and bars around Liverpool and Hamburg, Germany. Within two years, the group had a new drummer, Ringo Starr, and a manager, Brian Epstein, a young record store owner who eventually landed the group a record contract with EMI's Parlophone label.Before the end of 1962, Harrison and The Beatles recorded a song, "Love Me Do", that landed in the UK Top 20 charts. Early that following year, another hit, "Please Please Me," was released, followed by an album by the same name. "Beatlemania" was in full swing across England, and by early 1964, with the release of their album in the US and an American tour, it had swept across the States as well.Largely referred to as the "Quiet Beatle" Harrison took a back seat to McCartney, Lennon and, to a certain extent, Starr. Still, he could be quick-witted, even edgy. During the middle of one American tour, the group members were asked how they slept at night with long hair.From the get-go, Lennon-McCartney were primary lead vocalists. While the two spent most of the time writing their own songs, Harrison had shown an early interest in creating his own work. In the summer of 1963 he spearheaded his first song, "Don't Bother Me," which made its way on to the group's second album. From there on out, Harrison's songs were a staple of all Beatle records. In fact, some of the group's more memorable songs--e.g., "While My Guitar Gently Weeps" and "Something," which was the only Beatle song ever recorded by Frank Sinatra--were penned by Harrison.However, his influence on the group and pop music in general extended beyond just singles. In 1965, while on the set of The Beatles' second film, Help! (1965), Harrison took an interest in some of the Eastern instruments and their musical arrangements that were being used in the film. He soon developed a deep interest in Indian music. He taught himself the sitar, introducing the instrument to many western ears on Lennon's song, "Norwegian Wood"" He soon cultivated a close relationship with renowned sitar player Ravi Shankar. Other groups, including The Rolling Stones, began incorporating the sitar into some of their work. It could be argued that Harrison's experimentation with different kinds of instrumentation helped pave the way for such ground-breaking Beatle albums as "Revolver" and "Sgt. Pepper's Lonely Hearts Club Band".Harrison's interest in Indian music soon extended into a yearning to learn more about eastern spiritual practices. In 1968 he led The Beatles on a journey to northern India to study transcendental meditation under Maharishi Mahesh Yogi.Having grown spiritually and musically since the group first started, Harrison, who wanted to include more of his material on Beatle records, was clearly uneasy with the McCartney-Lennon dominance of the group. During the "Let It Be" recording sessions in 1969, Harrison walked out, staying away for several weeks before he was coaxed to come back with the

The Beatles: Get Back

ReMastered: Who Shot the Sheriff?

It Was Fifty Years Ago Today... Sgt Pepper and Beyond

Awake: The Life of Yogananda

Quiet Riot: Well Now You're Here, There's No Way Back