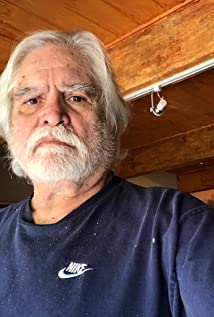 George E. Fernandez was first a writer, having written several Plays for theater performance but it was the success of Vietnam Trilogy at the Veterans Theater in Los Angeles, California which won the Drama-logue award for Best Actor to Richard Chaves for his performance in the Play. George then went to the University of Miami, School of Film and learned to hone his craft by becoming a screenwriter, then a producer. In 1984 He had the opportunity to raise some money and turned his award-winning play into a feature film titled, Cease Fire with Don Johnson, who was about to become a major celebrity through his next acting gig, Miami Vice and future Academy Award winner, Lisa Blount. Cease Fire went on to become a critical success and it was more of a success for the families of Vietnam Veterans who came to embrace the film as their own. George then wrote and produced, Shallow Grave, a teen murder mystery that was well received throughout Europe. George then wrote, Spanish Rose starring Michael Pare, Barbara Carrera and Michael Ironside. Through the 1990s he started to make an entry into the Television world, by creating and producing the European TV Series Pilots, Night Screams. He also created the Reality TV Pilots, Dinner At Eight and Best Line as well as the Spanish Pilot, LA CENA. Realizing that the Entertainment Economy is the new direction and power structure that has been developed for the new century, George took time out to return to school and receive a Master's of International Business Administration. For two years George taught screen writing and production classes at Florida State University Film School and the School of Communication where he taught Documentary Production. and at Tallahassee Community College. George has published three books in his time at FSU and is now working on a Horror Screenwriting Book for the Fall of 2006. George continues to write screenplays and develop programming for Television.