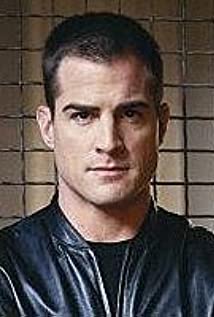 A charismatic performer who spent years on television looking for his big break, actor George Eads finally became a television star portraying forensic investigator Nick Stokes on the hit procedural "CSI: Crime Scene Investigation" (CBS, 2000- ). Prior to that role, Eads eked out a living with roles on less-than-popular shows like "Strange Luck" (Fox, 1995-96) and Aaron Spelling's short-lived "Savannah" (The WB, 1996-97), before carving out a niche in TV movies like "The Ultimate Lie" (USA, 1996) and "Crowned and Dangerous" (ABC, 1997). He went on to score a few episodes of "ER" (NBC, 1994-2009) and had a regular role on the sitcom "Grapevine" (CBS, 2000), only to find himself out of work once more when that series was canceled after five episodes. But Eads segued right away into "CSI," where he was fortunate enough to have landed on a series that ran well into the next decade, turning him into a known commodity while allowing the actor the comfort of tackling outside roles as he chose. During his time on the show, Eads landed a number of guest spots and TV movies, but none as high-profile as his starring turn as the iconic 1970s daredevil, "Evel Knievel" (TNT, 2004). With his portrayal of Stokes, Eads was elevated from unknown to fan favorite after years of struggle.

The Battle of Jangsari

Just a Walk in the Park