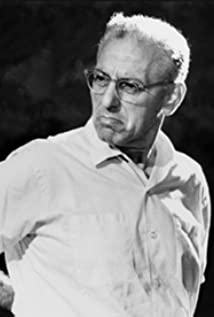 George Cukor was an American film director of Hungarian-Jewish descent, better known for directing comedies and literary adaptations. He once won the Academy Award for Best Director, and was nominated other four times for the same Award.In 1899, George Dewey Cukor was born on the Lower East Side of New York City. His parents were assistant district attorney Viktor Cukor and Helén Ilona Gross. His middle name "Dewey" honored Admiral George Dewey who was considered a war hero for his victory in the Battle of Manila Bay, in 1898.As a child, Cukor received dancing lessons, and soon fell in love with the theater, appearing in several amateur plays. In 1906, he performed in a recital with David O. Selznick (1902-1965), who would later become a close friend.As a teenager, Cukor often visited the New York Hippodrome, a well-known Manhattan theater. He often cut classes while attending high school, in order to attend afternoon matinees. He later took a job as a supernumerary with the Metropolitan Opera, and at times performed there in black-face.Cukor graduated from the DeWitt Clinton High School in 1917. His father wanted him to follow a legal career, and had his son enrolled City College of New York. Cukor lost interest in his studies and dropped out of college in 1918. He then took a job as an assistant stage manager and bit player for a touring production of the British musical "The Better 'Ole". The musical was an adaptation of the then-popular British comic strip "Old Bill" by Bruce Bairnsfather (1887-1959).In 1920, Cukor became the stage manager of the Knickerbocker Players, a theatrical troupe. In 1921, Cukor became the general manager of the Lyceum Players, a summer stock company. In 1925, Cukor was one of the co-founders the C.F. and Z. Production Company. With this theatrical company, Cukor started working as a theatrical director. He made his Broadway debut as a director with the play "Antonia" by Melchior Lengyel (1880-1974).The C.F. and Z. Production Company was eventually renamed the Cukor-Kondolf Stock Company, and started recruiting up-and-coming theatrical talents. Cukor's theatrical troupe included at various times Louis Calhern, Ilka Chase, Bette Davis, Douglass Montgomery, Frank Morgan, Reginald Owen, Elizabeth Patterson, and Phyllis Povah.Cukor attained great critical acclaim in 1926 for directing "The Great Gatsby", an adaptation of a then-popular novel by F. Scott Fitzgerald (1896-1940). He directed six more Broadway productions until 1929. At the time, Hollywood film studios were recruiting New York theater talent for sound films, and Cukor was hired by Paramount Pictures. He started as an apprentice director before the studio lent him to Universal Pictures. His first notable film work was serving as a dialogue director for "All Quiet on the Western Front" (1930).After returning to Paramount Pictures, he worked as aco-director. His first solo directorial effort was "Tarnished Lady" (1931), and at that time he earned a weekly salary of $1500. Cukor co-directed the film "One Hour with You" (1932) with Ernst Lubitsch, but Lubitsch demanded sole directorial credit. Cukor filed a legal suit but eventually had to settle for a credit as the film's assistant director. He left Paramount in protest, and took a new job with RKO Studios.During the 1930s, Cukor was entrusted with directing films for RKO's leading actresses. He worked often with Katharine Hepburn (1907-2003), although not always with box-office success. He did direct such box office hits as "Little Women" (1933) and "Holiday" (1938), but also notable flops such as "Sylvia Scarlett" (1935).In 1936, Cukor was assigned to work on the film adaptation of the blockbuster novel "Gone with the Wind" by Margaret Mitchell. He spent the next two years preoccupied with the film's pre-production, and with supervising screen tests for actresses seeking to play leading character Scarlett O'Hara. Cukor reportedly favored casting either Katharine Hepburn or Paulette Goddard for the role. Producer David O. Selznick refused to cast either one, since Hepburn was coming off a string of flops and was viewed as "box office poison," while Goddard was rumored to have had a scandalous affair with Charlie Chaplin (1889-1977) and her reputation suffered for it.Cukor did not get to direct "Gone with the Wind", as Selznick decided to assign the directing duties to Victor Fleming (1889-1949). Cukor's involvement with the film was limited to coaching actresses Vivien Leigh (1913-1967) and Olivia de Havilland (1916-). Similarly, the very same year, Cukor also failed to receive a directing credit for "The Wizard of Oz" (1939), though he was responsible for several casting and costuming decisions for this iconic classic.In this same period, Cukor did direct an all-female cast in "The Women" (1939), as well as Greta Garbo's final motion picture performance in "Two-Faced Woman" (1941). Then his film career was interrupted by World War II, as he joined the Signal Corps in 194

The Corn Is Green

Love Among the Ruins

Travels with My Aunt