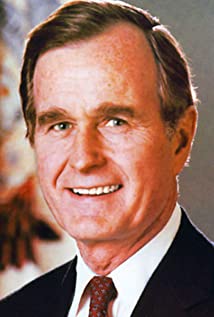 The 41st President of the United States of America, George Herbert Walker Bush (known colloquially as "Bush 41" to distinguish him from his son, George W. Bush, the 43rd president of the U.S., who is known as "Bush 43"), was born on June 12, 1924 in Milton, Massachusetts, a suburb south of Boston. His parents were Dorothy (Walker) and Prescott Bush, who was then the president of sales for the Stedman Products Co. of South Braintree, Massachusetts. In 1925, Prescott joined the United States Rubber Co. (New York, NY) as their foreign division manager, necessitating a move to Greenwich, Connecticut.Prescott Bush (Yale 1917) made his fortune and name as an investment banker on Wall St., eventually becoming a partner of the white shoe brokerage Brown Bros. Harriman. He was a member of the Yale Corp., the principal governing body of Yale University, from 1944 to 1956 and was on the board of directors of the Columbia Broadcasting System (C.B.S.), after having been introduced to C.B.S. Chairman William Paley in 1932 by his friend and business partner Averell Harriman, a major Democratic party power-broker.George Bush was educated at the exclusive Greenwich Country Day School in Greenwich, Connecticut before moving on to Phillips Academy in Andover, Massachusetts, where he matriculated from 1936 to 1942. At Phillips Andover, he captained the baseball and soccer teams and was a member of an exclusive fraternity called the A.U.V, or "Auctoritas, Unitas, Veritas", Latin for "Authority, Unity, Truth". Like his father before him, Bush was on schedule to attend Yale College and would have in the fall of 1942, but for the sneak attack on Pearl Harbor by the Imperial Japanese Navy on December 7, 1941 that necessitated the entry of the United States into World War II.Upon his graduation from Phillips Andover, George Bush enlisted in the U.S. Navy on June 12, 1942, his 18th birthday, with the intent on becoming an aviator. After completing the 10-month naval aviation course, he was commissioned as an ensign in the U.S. Naval Reserve three days before his nineteenth birthday, which made him the youngest naval aviator ever at the time.George Bush married the former Barbara Pierce on January 6, 1945, and after he was demobilized, they moved to New Haven, Connecticut so that he could attend Yale, where he proved a fine student and captained the baseball team, which made it to the first College World Series. They had their first of six children, future President George Walker Bush, two days after the Fourth of July, 1946. In his senior year, George Bush was tapped for the exclusive secret society Skull & Bones, as had been his father (and as his son would be).Using his father's connections and $2 million in seed money from his relatives (approximately $17 million in 2006 terms), George Bush prospered in the oil industry after graduating from Yale in 1949. Through his father's business and social relationship with a fellow Skull & Bones member, George Bush secured a position with Dresser Industries, on whose board of directors Prescott had served for 22 years.As the son of a moderate Republican senator, it was natural that George Bush would stand for office. At the time, the "Solid South" was solidly Democratic, with the Republican Party of Civil War winner (and Civil Rights champion) Abraham Lincoln anathema below the Mason-Dixon line.Good Republican candidates were hard to come by (though John Tower later proved that a Republican could win in the Deep South when he took a Senate seat in 1966). One year after his father left the Seante, his son George stood won the Republican nomination to oppose Democratic Senator Ralph Yarborough, an ally of President 'Lyndon Johnson (I)' (QB), who was on his way to defeating Republican Presidential nominee Barry Goldwater in an electoral landslide in 1964. Riding the coat-tails of favorite son Johnson, Yarborough handily won reelection, keeping George Bush in the private sector for two more years.Bush stood for a House seat in 1966 and won, then won reelection in 1968. In Congress, he established a reputation as a liberal Republican and was known as a supporter of contraception services (his father, Prescott, had been a mainstay of Planned Parenthood). At the request of President Richard Nixon, Bush gave up his seat voluntarily in 1970 to seek the Senate seat of Democratic Senator Ralph Yarborough, who was a fierce Nixon critic. It was felt that Yaborough's liberalism made him vulnerable to a challenge from the right, and it did; however, it was the right-wing of the Democratic Party. Lloyd Bentsen won the Democratic nomination and, endorsed by Yarborough, beat Bush handily in the November general election. (Ironically, Bentsen would one day be the running mate of Bush's 1988 rival for the presidency, Michael Dukakis.) One of the reason for Bush's defeat was that with Yarborough out of the race, Nixon's support for Bush's campaign was only half-hearted.As a payback to Bush, Nixon appointed him