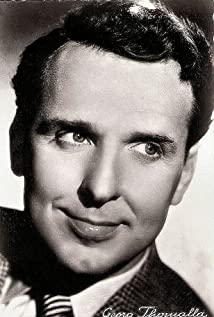 One of the most popular and prolific character comedians of post-war German cinema, Georg Thomalla began his working life as an apprentice cook. In 1932, he joined a theatrical troupe and, before long, acted on stage in Berlin. After the war, he became a celebrated star of cabaret, an ensemble member of the 'Kabarett der Komiker'. In films from 1939, it took several years before his comic talent came to the fore. Stardom eventually arrived in the wake of Helmut Käutner's farce Fanfaren der Liebe (1951), in which the diminutive Thomalla appeared in drag as a member of a female orchestra. Thereafter, he remained consistently in demand for lightweight entertainments, which benefited from his considerable improvisational skills, quick wit and staccato delivery. His stock-in-trade screen personae were eccentric, befuddled and generally accident-prone bachelors, or out-of-their-depths fathers or husbands, who usually tended to fall victim to their own ineptitude.In addition to numerous 'Paukerfilme' and 'Klamotten' (bawdy comedies, which may, or may not, be 'old hat'), Thomalla also played his fair share of comic sidekicks or friends of the hero, a noteworthy example being Kara Ben Nemsi's loquacious, but intensely loyal manservant and companion Hadschi Halef Omar in Karl May's Die Sklavenkarawane (1958). From 1961, Thomalla devoted more and more time to appearing in television and to voice-over work. He starred in his own half-hourly TV show, Komische Geschichten mit Georg Thomalla (1961), in which he played an average Joe afflicted by middle-age angst and confronted by a variety of everyday problems. This was essentially a German derivation from the British series Hancock (1961).Though rarely seen in 'serious' roles, Thomalla did give at least one sensitive dramatic performance as a helpful truck driver in Käutner's East-West romance Sky Without Stars (1955).

Master Eder and His Pumuckl

Tales of a Young Scamp