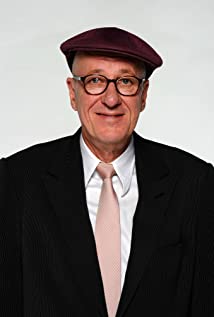 Geoffrey Roy Rush was born on July 6, 1951, in Toowoomba, Queensland, Australia, to Merle (Bischof), a department store sales assistant, and Roy Baden Rush, an accountant for the Royal Australian Air Force. His mother was of German descent and his father had English, Irish, and Scottish ancestry. He was raised in Brisbane, Queensland, after his parents split up.Rush attended Everton Park State High School during his formative years. His early interest in the theatre led to his 1971 stage debut at age 20 in "Wrong Side of the Moon" with the Queensland Theatre Company.Known for his classical repertory work over the years, he scored an unexpected hit with his Queensland role as Snoopy in the musical "You're a Good Man, Charlie Brown". A few years later he moved to France to study but subsequently returned to his homeland within a short time and continued work as both actor and director with the Queensland company ("June and the Paycock," "Aladdin," "Godspell," "Present Laughter," "The Rivals"). In the 1980s Rush became a vital member of the State Theatre Company of South Australia and showed an equally strong range there in such productions as "Revenger's Tragedy," "A Midsummer Night's Dream," "Mother Courage...and Her Children," "Blood Wedding," "Pal Joey," "Twelfth Night" and as The Fool in "King Lear".Rush made an inauspicious debut in films with the feature Hoodwink (1981), having little more than a bit part, and didn't carry off his first major role until playing Sir Andrew Aguecheek in a movie production of Twelfth Night (1986). Yet, he remained a durable presence on stage with acclaimed productions in "The Diary of a Madman" in 1989 and "The Government Inspector" in 1991.Rush suffered a temporary nervous breakdown in 1992 due to overwork and anguish over his lack of career advancement. Resting for a time, he eventually returned to the stage. Within a few years film-goers finally began taking notice of Geoffrey after his performance in Children of the Revolution (1996). This led to THE role of a lifetime as the highly dysfunctional piano prodigy David Helfgott in Shine (1996). Rush's astonishing tour-de-force performance won him every conceivable award imaginable, including the Oscar, Golden Globe, British Film Award and Australian Film Institute Award."Shine" not only put Rush on the international film map, but atypically on the Hollywood "A" list as well. His rather homely mug was made fascinating by a completely charming, confident and captivating demeanor; better yet, it allowed him to more easily dissolve into a number of transfixing historical portrayals, notably his Walsingham in Elizabeth (1998) and Leon Trotsky in Frida (2002). He's also allowed himself to have a bit of hammy fun in such box office escapism as Mystery Men (1999), House on Haunted Hill (1999), The Banger Sisters (2002), Finding Nemo (2003) and Pirates of the Caribbean: The Curse of the Black Pearl (2003). More than validating his early film success, two more Oscar nominations came his way in the same year for Quills (2000) (best actor) and Shakespeare in Love (1998) (support actor) in 2000. Geoffrey's amazing versatility continued into the millennium with his portrayal of the manic, volatile comedy genius Peter Sellers in the biopic The Life and Death of Peter Sellers (2004). He also merited attention as Lionel Logue in The King's Speech (2010), Basil Hunter in The Eye of the Storm (2011), Hans Hubermann in The Book Thief (2013), artist/sculptor Alberto Giocometti in Final Portrait (2017) and Michael Kingley Storm Boy (2019).Rush's intermittent returns to the stage have included productions of "Marat-Sade," "Uncle Vanya," "Oleanna," "Hamlet" and "The Small Poppies". In 2009 he made his Broadway debut in "Exit the King" co-starring Susan Sarandon. His marriage (since 1988) to Aussie classical actress Jane Menelaus produced daughter Angelica (1992) and son James (1995). Menelaus, who has also performed with the State Theatre of South Australia, has co-starred on stage with Rush in "The Winter's Tale" (1987), "Troilus and Cressida" (1989) and "The Importance of Being Earnest" (as Gwendolyn to his Jack Worthing). She also had featured roles in a few of his films, including Quills (2000) and The Eye of the Storm (2011).