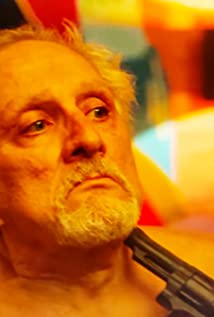 Geoffrey Giuliano has been a professional actor from the age of twelve. Earning a Master's degree in Acting/Directing in 1976 Giuliano went on to work extensively in the theatre as well as doing literally hundreds of voice overs and narrations for both syndicated radio and within the international audio book industry. Geoffrey now works almost exclusively as an actor in film and television.Giuliano is also the author of some thirty internationally bestselling books on the Beatles, John Lennon and other iconic musicians of the 1960's including 'The Beatles / A Celebration',' John Lennon My Brother', 'Dark Horse / The Life & Art Of George Harrison', 'Blackbird / The Life & Times Of Paul McCartney', The Beatles Album / Thirty Years Of Music & Memorabilia', 'The Rolling Stones Album / Thirty Years Of Music & Memorabilia', 'The Lost Beatles Interviews', 'Behind Blue Eye's / The Life Of Pete Townshend', 'The Lost John Lennon Interviews', 'John Lennon & Paul McCartney / Behind The Myth', 'Things We Said Today / Conversations With The Beatles','Glass Onion / The Beatles In Their Own Words',' Lennon In America / Based On The Lost John Lennon Diaries 1971-1980' and 'Revolver / The Secret Life Of The Beatles amongst them. In 2005 his book, 'Paint It Black' / The Murder Of Brian Jones' was made into a feature film by Stephen Wooly entitled, 'Stoned / The Wild & Wicked World Of Brian Jones.'Geoffrey is also a veteran journalist writing for literally dozens of the high profile newspapers and magazines including The Sunday People, The Daily Mail, The News Of The World, The Mail On Sunday, Playgirl and Rolling Stone.In late 2008 Geoffrey Giuliano founded Icon Books and G2 Media Arts to market his extensive backlist of newly updated books as well as publish new literary and audio works. He is the father of his business partner, Avalon Giuliano. Finally, he is a noted graphic designer, singer songwriter and visual artist. Today he makes his home in Bangkok and is the father of a young son, Eden Garret Giuliano born in 2007. Geoffrey is also a longtime advocate of ethical vegetarianism, animal rights, a student of Vedic philosophy and a vocal advocate of personal freedom and consciousness exploration.

The Scorpion King 3: Battle for Redemption