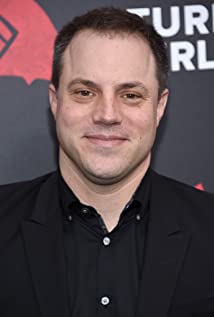 Geoff Johns is an American comic book and television writer, film and television producer.He is the Chief Creative Officer at DC Comics, a position he has served in since 2010. His most notable work in different media has used the DC Comics characters Green Lantern, Aquaman, The Flash and Superman.In 2006, Johns co-wrote the story for the Justice League Unlimited episode "Ancient History", which starred Hawkman, Hawkgirl, Vixen, Shadow Thief and the Green Lantern John Stewart.Johns served as a co-producer and creative consultant for Green Lantern (2011) directed by Martin Campbell and starring Ryan Reynolds.He is an executive producer on Batman v Superman: Dawn of Justice (2016), directed by Zack Snyder and starring Henry Cavill and Ben Affleck.In June 2018, Johns stepped down as the President and CEO of DC Entertainment and has since wanted to focus more on writing for DC Movies and Comic Books.He will serve as a writer for Green Lantern Corps which will also be a part of the DC Extended Universe.