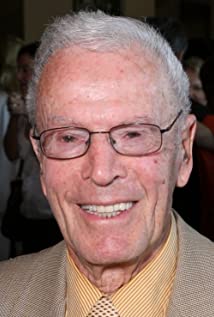 Gene Reynolds might have fulfilled a youthful ambition and become a baseball player. However, his father's business failed and the family relocated from their erstwhile home in Detroit to Los Angeles in 1934.Eugene Reynolds Blumenthal was born in Cleveland, Ohio, the son of Maude Evelyn (Schwab), a model, and Frank Eugene Blumenthal. After his childhood move to Hollywood, he started in the film industry as an extra in Our Gang comedies while studying drama at the Pasadena Playhouse. At the age of fourteen he was contracted by Metro-Goldwyn-Mayer to play juvenile roles in classic features like Captains Courageous (1937) and Boys Town (1938). He often played the main star of the picture at a younger age in flashback. In 1940, Gene began a four year stint in the navy. Upon his discharge, he moved to New York to find work in the new medium of television. Another sojourn in Hollywood resulted in being featured in Paramount's The Country Girl (1954) and then cast in a mere bit part in The Bridges at Toko-Ri (1954). By this time, Gene had become somewhat dissatisfied with the lack of impetus in his acting career. Scouting at the studios for other opportunities (at one time making ends meet by selling suits at a men's fashion store in Beverly Hills) he managed to finagle a job in casting and then landed a directing assignment secured by his friend Jackie Cooper on his TV sitcom Hennesey (1959). Henceforth, Gene was to work exclusively behind the scenes. In 1957, he helped launch the popular western series Tales of Wells Fargo (1957) as co-creator (with Frank Gruber and James Brooks), as well as occasional writer and director. He spent most of the sixties as director of episodic television. At decade's end, he was signed by 20th Century Fox and went on to produce and direct the pilot for The Ghost & Mrs. Muir (1968).Arguably more than anyone else, Gene Reynolds was the guy behind the success story of M*A*S*H (1972). Having been assigned the job of producing and directing the pilot episode, Gene first went to England to 'headhunt' comedy writer Larry Gelbart. He signed on Burt Metcalfe (at the time casting director at Universal) as associate producer and was then chiefly responsible for casting Alan Alda for the role of Hawkeye, McLean Stevenson as Colonel Blake and Jamie Farr as Corporal Klinger. Until 1977, Gene worked as executive producer (and frequent director) on M*A*S*H before moving on to -- in his own words -- "face a new challenge" as co-creator and executive producer of the acclaimed drama series Lou Grant (1977). He won six Primetime Emmy Awards (1970 for Room 222 (1969), 1974 , 1975 and 1976 for M*A*S*H , 1979 and 1980 for Lou Grant). In addition, he collected a Writer's Guild of America Award for M*A*S*H in 1981 as well as four Director's Guild of America Awards, respectively in 1973, 1974, 1979 and 1993. He also served as President of the Director's Guild from 1993 to 1997.Gene Reynolds died in Burbank, California, on February 3 2020 at the venerable age of 96.