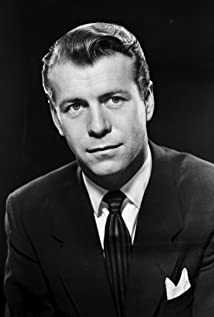 Gene Nelson was barely a teen when he saw the Fred Astaire movie Flying Down to Rio (1933), which would change his life. It was then that he decided he would be a dancer. After graduating from high school, Nelson joined the Sonja Henie Ice Show and toured for 3 years before joining the Army in World War II. After he was discharged, he appeared in a handful of movies before 1950. He worked with Debbie Reynolds in The Daughter of Rosie O'Grady (1950), Doris Day in Tea for Two (1950) and Virginia Mayo in She's Working Her Way Through College (1952). He would be best known for his role of cowboy Will Parker in Oklahoma! (1955), where he would twirl the lasso to the tune of "Kansas City".After his dancing days ended he turned to directing TV and films, including two Elvis Presley movies, Kissin' Cousins (1964) and Harum Scarum (1965). For television he directed episodes of I Dream of Jeannie (1965), Star Trek: The Original Series (1966), The Rifleman (1958), The Donna Reed Show (1958) and many others.