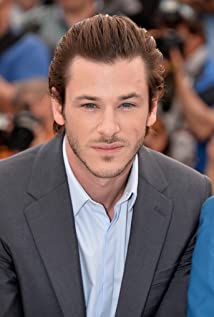 Gaspard Ulliel's dream has always been to direct a movie, and after completing his studies at the lycée (French high school), he majored in cinema at the University of Saint-Denis. However, fate had other plans, and he is currently pursuing an acting career. It began when Ulliel was 12 years old when he appeared in the TV film Une femme en blanc (1997). During the following years, Ulliel continued working on TV and was cast in short films such as Alias (1999). He played a young shepherd who was injured by The Beast in Brotherhood of the Wolf (2001), and was then discovered by director Michel Blanc, who offered him a part in Summer Things (2002) which also starred veteran actress Charlotte Rampling. Ulliel then took summer stages at Les Cours Florent and was asked by director André Téchiné to star in Strayed (2003) as Emmanuelle Béart's lover. His role as Manech opposite Audrey Tautou in A Very Long Engagement (2004) brought him to stardom. He has been nominated thrice for Most Promising Male Newcomer at the César Awards (the equivalent of the Oscars in France) in 2003, 2004 and 2005; he won the last one. Ulliel's lead roles include The Last Day (2004), Jacquou le croquant (2007) and Hannibal Rising (2007), his first major English-language film.

Twice Upon a Time

One Nation, One King

To the Ends of the World

A Greek Type of Problem