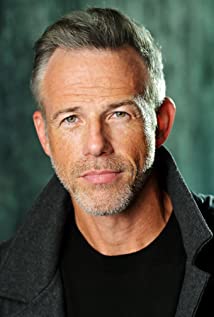 American Actor/Writer.Gary was born on a U.S. Air Force base in Weisbaden, Germany, moved back to the U.S. a year later, and was raised in the small rural town of Morris, GA. He began drawing and writing stories at young age, then graduated to making short films when he got his first VHS camera in 1985 where he quickly found a love both in front and behind the camera. He was an All-State Football player, a 2-time State Basketball Champion, a varsity baseball player, and was awarded "The Friendship Cup" by his peers upon graduation. Gary would go onto study at the University of Georgia, Brevard College, Georgia Southwestern, and Georgia State University before finally moving to Los Angeles where he began to work steadily as an actor. Although he has shot (and lived) all over the U.S., he will always consider Georgia "Home," where he credits his passion, positivity, and true love of people to his family and those who surrounded him growing up.He is credited with over 130 Film, TV, and Commercial roles, including recent work on Outer Banks (2020), Greenland (2020) Instant Family (2018), Spider-Man: Homecoming (2017), Jurassic World (2015), The Fate of the Furious (2017), Greenland (2020) Rampage (2018). His best known TV characters include "Campbell" on Burn Notice (2007), as "Nick Newport Jr." on Parks and Recreation (2009), Greg on Cloak & Dagger (2018), Greenleaf (2016) and The Office (2005)On the other side of the camera, he has written countless screenplays, produced and directed many of them, and his films have won over 50 awards, including features Deadland (2009), Meth Head (2013), 29 Reasons to Run (2006), and Clones Gone Wild (2009). His love for film festivals led him to start one of his own in 2010, along with fellow actor/writer Chad Mathews, and "The Hill Country Film Festival" is still thriving and boasts some of the best indie film in the country.