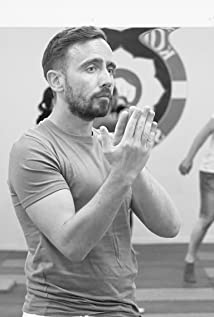 GJ Hewitt is a Screenwriter and Director from Glasgow, Scotland. His debut feature film Cleek has its festival run in 2018. It was distributed by Shami Media Group on Amazon Prime and later went to DVD 2019.Following the success of Cleek. GJ directed multi award winning film 'Mia: A Rapture 2.0 Production'. The film won over 10 awards including Best British Film, Best Film and the IAC Diamond Award at BIAFF. The film was also selected for the B.A.F.T.A recognised, Glasgow Film Festival and The Portobello Film Festival, where it was nominated for the Golden Trellick award.Since then, Mia: A Rapture 2.0 Production has been distributed by North American company Meridian Releasing Group and can be purchased on Amazon. GJ created a 90 second spin-off called 'The Rapture Disaster' which was one of the winners at Frightfest 2018 at the Glasgow Film Festival.Previously GJ worked as a Casting Assistant and has casted for commercials and shows on the BBC and Comedy Central.