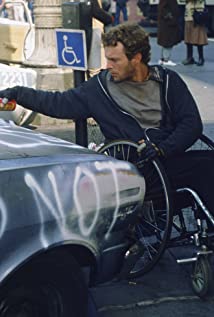 A long-time member of the famed Actor's Studio, Gary Frank began studying with Lee Strasberg in 1969, as well as renowned teachers Peggy Feury and Bill Traylor. Gary's career on film began in 1974 when he was cast by director Richard Donner in the television movie "Senior Year", which went on to become the CBS TV series Sons and Daughters (1974). Gary became a contract player at Universal Studios until the series was canceled after one season; two days later he was cast by director Mark Rydell and producer Mike Nichols to play Willie Lawrence in the critically acclaimed ABC series Family (1976), for which he won an Emmy Award for Best Supporting Actor in 1977. After a successful five-season run on "Family", Gary went on to do television movies, features and an impressive array of guest parts on almost every major TV series in the '80s and '90s. "Family" also enjoyed a very successful run as a syndicated series in Europe during those years, as evidenced by the amount of fan mail he and the rest of the cast received from viewers overseas.Also a writer, Gary has written a stack of scripts and is writing his first novel. Married for 30 years to producer Carroll Newman, they have one daughter who is a senior in the USC School of Film, who intends to follow in her parents' footsteps, as well as her grandfather's, Academy Award-winning composer Lionel Newman.

Nurses on the Line: The Crash of Flight 7

Deliver Them from Evil: The Taking of Alta View

Friday the 13th: The Series