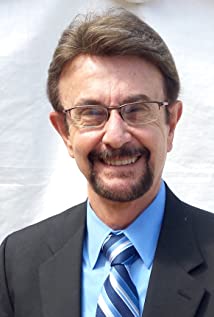 Gary is an actor known for House of Cards (2012-2015), Slow Learners (2015), Creed (2015), Sally Pacholok (2015), Jackie (2017) and Imperium (2016). After 38 years working in the healthcare diagnostic business and retiring as a Senior Global Product Education Specialist in 2012, Gary took a recommendation from a friend to go to an open audition for a new Netflix series, House of Cards, Season 1, and was happy he did. After submitting and being cast as a background actor in this series shortly after, he became hooked and looked forward to pursuing this venture as a new hobby. As a result, he has enjoyed being in over 85 productions since from 2012 to July 2016 so far, including several different TV series, major motion pictures, Independent films, government training industrial films and also appearing in a music video promoting the 2014 World Cup Soccer Championships. After only 2 ½ years enjoying these opportunities, he was fortunate to become SAG-AFTRA eligible after appearing in the Sylvester Stallone and Michael B. Jordan's major motion picture, CREED, and joined the Guild in March, 2015. Gary has had speaking roles in independent films and historical reenactments, such as National Geographic's TV series American Genius, episode Edison vs. Tesla, as an example. He's had recurring roles on House of Cards with Kevin Spacey as a White House Press Corp Reporter and VEEP with Julia Louis-Dreyfus. His acting age range is 50's to 60's years old and has had other roles as a senator, police officer, reporter, still photographer, a WWI Treaty of Versailles French Delegate, WWII German Industrialist, murder suspect, murder victim, father of a murder victim, 1860's businessman, and a 1700's witch hunter to name a few. Needless to say that this has not only been a wonderful hobby for Gary, but also a wonderful second career enjoying these exciting experiences, meeting so many fantastic actors and fellow acting friends along the way, and looking forward to more future opportunities in the business.