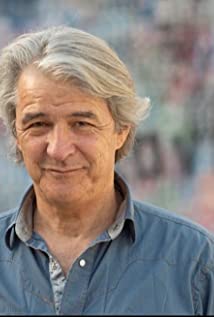 Gareth Williams career stretches back to 1981 where he gained his Equity Card in a production of "Little Mary Sunshine" at the Burt Reynolds' Theatre in Jupiter, Florida. There he studied with Charles Nelson Reilly who insisted Gareth move to NYC to study at "HB Studios" with the legendary Uta Hagen, which he remained for six years. A founding member of "Naked Angels Theatre Company" in New York City, where he worked closely with Laurence Fishburne, Marisa Tomei, Lili Taylor, James Gandolfini, Paul Giamatti, and Matthew Broderick to name a few. Gareth has been in World Premier Plays such as Beth Henley's "Signature" at The Actor's Gang, Richard Greenberg's "Hurrah At Last" at South Coast Repertory and "The Last Vig", starring Burt Young. He has been in the West Coast Premiers of Warren Leight's "Side Man" with Mare Winningham at Pasadena Playhouse, and Keith Curran's "The Stand In" with Kristen Johnston.Recent Film credits include playing a lead in "Summer Someday" opposite Greg Finley and Kirk Fox, "Gutterbee" opposite Ewen Bremner and W Earl Brown, co-starred in "Love After Love" opposite Andie MacDowell playing her husband with Chris O'Dowd, and Mike Mills' "20th Century Women" opposite Annette Bening and Greta Gerwig.Gareth's extensive TV credits include recently recurring on Netflix for David Fincher, five episodes on "Mindhunter", and recurring on HBO "True Detective" for three episodes opposite Oscar winner, Mahershala Ali.Other TV credits include "This Is Us", "Masters Of Sex", "The Shield", "Deadwood", "The Mentalist", "CSI: NY", "Law & Order: LA", "Castle", "Mad Men", "Criminal Minds", "Numb3rs", "Judging Amy", "CSI: Miami" along with many others dating back to 1994 in "Homicide: Life On The Street".Five years ago Gareth started the production company Detroit Street Films, whose emphasis is on micro budget, short films. We have now produced in excess of twenty short films, several of which have been accepted into and won awards in film festivals around the country.Represented by Stewart Talent and Endorse Management Group in Los Angeles.Written by Andersen PR

Drive Me to Vegas and Mars