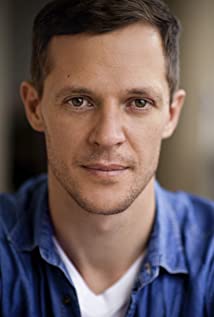 Currently playing HARRY POTTER in JK Rowlings 'Harry Potter and The Cursed Child in Melbourne', Gareth Reeves was born in Christchurch New Zealand. He trained as an actor at New Zealand's national Drama School in Wellington, Toi Whakaari: The New Zealand Drama School for 3 years, graduating in 1999. Gareth spent years working consistently in theatre throughout New Zealand and Australia with a strong foundation in Shakespeare and modern classics. His entry into television and film saw him win a best actor award at The New Zealand Screen Awards for his role in The Insiders Guide to Love and a nomination for his first lead film role in A Song of Good.Gareth has since appeared in numerous television shows including Underbelly, The Cult and Go Girls. Film appearances include Disney's Pete's Dragon, the Indie feature I'm Not Harry Jenson, festival Sci-Fi film Existence and Tracker where he squared off against British actor Ray Winstone.

The Men Who Built America: Frontiersmen

Mary: The Making of a Princess

The Lord of the Rings: The Two Towers