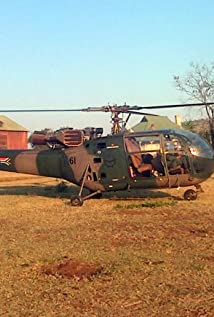 Gareth was born on the 4th may 1972, and grew up in Cape Town, South Africa. After moving to Johannesburg, he completed his schooling at King Edward VII. He joined the South African Army in 1991 and served in the Army Intelligence unit, 10 Anti Aircraft Regiment as well as 44 Parachute Engineer Regiment. After completing his military service, Gareth joined the South African Police Service where he served in the VIP Protection Unit, responsible for the protection of foreign heads of state visiting South Africa. In the year 2000, Gareth joined the Presidential Protection Service, working with President Mandela for 14 years until his passing in December 2013. During this period, Gareth also qualified as a Class IV police diver and received extensive training in advanced weapon handling in high risk tactical situations from the Police's Counter Assault Team. Gareth is the founding member of Group73 (G73 Tactical Advisors), a company which, amongst other endeavors, provides the film industry with a professional military/police technical advisory service. Group73 is staffed by 23 members from South Africa's elite units including South African Special Forces and South African Police Special Task Force. Having incorporated a group of instructors with extensive skill sets and unmatched experience from a wide variety of military units, Gareth's vision is to match the correct advisor to the specific genre of action film during production, providing the most credible and functional production environment. To bolster this service, Gareth introduced military and police helicopters to the Group73 arsenal in 2014. During 2016 Gareth added both Equestrian and K9 services to Group73's offerings, as well as a specialised SWAT Team that can be utilised from parachuting to helicopter deployments to house penetrations. From 2014 to date Gareth has worked on numerous productions, providing the following services on set:boot camps, technical advice and specialized firearm training to actors and crewhelicopters, helicopter pilots and supportspecialised SWAT TeamK9 (Dogs)equestrian (Horses)facilitating of unarmed combat fight choreographyUnderwater dive supportMedical support on set.Gareth has experience and formal training in Unarmed Combat, Advanced Firearm Handling, Identification of Explosive Devises, Airborne Operations, Urban and Rural Operations and Close Protection. In 2015 Gareth and Group73 were certified as the official Bear Grylls Survival Instructors for South Africa. Gareth, however, insists he is not a one man show, as no one person can have all the necessary experience to provide a realistic professional technical advisory service to the many action genres within the film industry hence Group73.

An Act of Defiance