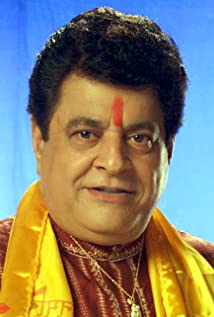 Gajendra Chauhan is known for playing the role of 'Yudhishthira' in the epic television series "Mahabharat" (1988-90). He remained the chairman of the Film and Television Institute of India (FTII) from June 2015 to October 2017.Chauhan was born on Wednesday, 10 October 1956 in Delhi. He did his schooling from Delhi's Ramjas Sr. Sec. School No.-2. After completing his schooling, Gajendra did a diploma in radiography from All India Institute of Medical Sciences (AIIMS). He, then, moved to Mumbai and got himeself enrolled in Roshan Taneja's acting school to polish his acting skills. Gajendra started his acting career in 1983 with the television series "Paying Guest." Subsequently, he went on to act in shows like "Rajni," "Air Hostess," and "Adalat." Chauhan made his film debut in 1986 with the film "Main Chup Nahi Rahoongi." He has also worked in several B-Grade and C-Grade films.