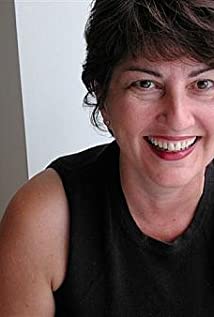 Gail Harvey is an award-winning film director and photographer who has studied under Norman Jewison, Wim Wenders and Arthur Penn. She was the third woman ever hired as a staff photographer at United Press International wire service. Her most recent venture is a production company called "Straight Shooters" - in partnership with her daughter, award-winning actress Katie Boland. Their first project completed was a documentary film about Rickie Lee Jones, entitled Rickie Lee Jones: The Other Side of Desire (2015), recently short listed for a Grammy Award Nomination. Harvey is in post-production on her latest project a feature film Never Saw It Coming (2018), written by Linwood Barclay, based on his novel of the same name. The film stars Emily Hampshire and Eric Roberts. Her film Looking Is the Original Sin (2014), inspired by the life of Diane Arbus, starring Katie Boland, and Maria del Mar with a cameo role by Linda Hamilton premiered at the Montreal World Film Festival. It won best international feature at the New York International Film Festival, screened in London, England at the Raindance Film Festival and at the Female Eye Film Festival where Gail was awarded the Female Eye Honourary Director, Best in the Biz award for 2014. Gail has directed award-winning television shows Dark Matter (2015), Private Eyes (2016), Heartland (2007), Lost Girl (2010), Republic of Doyle (2010), Murdoch Mysteries (2008), as well as directing all the episodes of the HBO series The Line (2009), and two movies for Lifetime Network, Four Extraordinary Women (2006) starring Lindsay Wagner, and Home by Christmas (2006), starring Linda Hamilton.

We're All in This Together