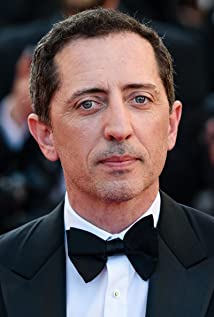 Gad was born in Morocco in April 1971. His father was a mime. He was a student at Georges Bizet school and Lycée Lyautey in Casablanca but didn't like school much. In 1988, Gad left Casablanca to go to Montreal. He stayed there for 4 years, during which he was a political science student for one year, worked on radio, wrote humorous stories and played them in night clubs.In 1992, he came to Paris and took Le Cours Florent course where he has, among others, Isabelle Nanty as a teacher. He wrote a one-man show named 'Décalages' which told a lot about his experiences in Montreal and Paris in 1996. Three years later, he presented his second one-man show named 'La Vie Normale', again staged by Isabelle Nanty. Gad was revealed as a humorist but is also a great actor who starred in various French movies. Gad lived with French actress Anne Brochet and has a son, Noé. One of his best friends in business is Jamel Debbouze.

Comedians in Cars Getting Coffee