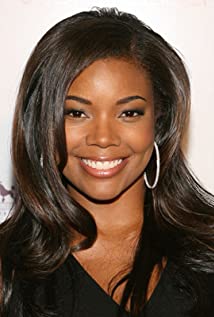 Gabrielle Union was born on October 29, 1972, in Omaha, Nebraska, to Theresa (Glass), who managed a phone company, and Sylvester E. Union, a military sergeant and business executive. When she was eight, her family moved to Pleasanton, California, where she grew up and attended high school. There, Union was an all-star point guard and a year-round athlete participating in soccer, basketball, and track. She graduated from Foothill High School (Class of 1991).After high school, Gabrielle attended college at University of Nebraska, where she played on the soccer team; and then later transferred to Cuesta College. Eventually, she ended up at UCLA. On her way to law school, just planning on being a working stiff, things started to happen during her senior year. Gabrielle had a college internship at a L.A. modeling agency, she thought it would be an easy way to pick up some extra credits. Little did she know that clients were eyeing the help. Upon the completion of the internship, she was asked to become a client with the agency. Gabby thought of it as a great way to pay off a stack of college loans, and modeled until her agent found that she could actually act. Her first audition/job was landed without any headshots, on Saved by the Bell (1989). Since then, she has gone on to have many small but substantial film roles and has guest-starred on several hit TV shows, all before landing the role of "Dr. Courtney Ellis", on CBS' short-lived medical drama City of Angels (2000).Although she plays parts that are opinionated and strong, Gabrielle believes that, "Hollywood needs to recognize all shades of African-American beauty." Gabrielle is a 1996 graduate of UCLA with honors in sociology.