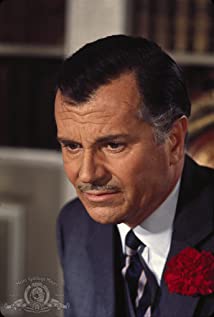 Elegant, urbane and well-spoken, Gabriele Ferzetti was one of Italy's most prominent international stars of the 1950's and 60's. His passion for the stage had begun with performing in university plays. This paved the way to a scholarship at the Rome Academy of Dramatic Art (Accademia d'arte drammatica). Before long, he was expelled for appearing with a professional theatrical troupe and proceeded to join the National Theatre, and, a year later, the company of Vivi Gioi. As the silver screen beckoned, Ferzetti made his motion picture debut at the age of seventeen in Luigi Chiarini's Via delle cinque lune (1942). After a succession of supporting roles and uncredited bits as an extra, his first genuine lead came opposite Gina Lollobrigida in the comedy The Wayward Wife (1953). This role won him an award from the Italian National Syndicate of Film Journalists and established his reputation as a major romantic star. In its wake came steady offers for more challenging roles across diverse genres. He played the central character, respectively in Puccini (1953) and Sins of Casanova (1955) before excelling as a struggling artist in Michelangelo Antonioni's Le Amiche (1955). He impressed again as the failed architect and irresolute playboy Sandro in the controversial L'Avventura (1960), again directed by Antonioni.By the early 60's, Ferzetti's distinguished features had him frequently cast in provocative political dramas as flawed men hiding behind charming, sophisticated facades. He also acquired an international following with character roles in Torpedo Bay (1963), I Spy (1965), as a cynical railway baron in Sergio Leone's epic Once Upon a Time in the West (1968) and as syndicate boss Marc-Ange Draco joining forces with James Bond in On Her Majesty's Secret Service (1969) (his accent was deemed to be too strong, however, and he was dubbed by David de Keyser ). Ferzetti's career continued to prosper during the 70's and beyond,despite occasional missteps (including the incongruously cast Hitler: The Last Ten Days (1973) and the box office disaster that was Inchon (1981). During his final years, he restricted his appearances predominantly to the small screen.

The Scarlet and the Black