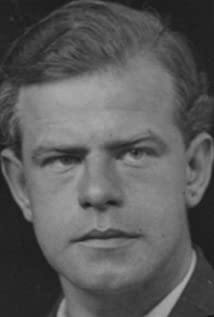 Gabriel Toyne was born in London on April 5, 1905. His father F. Herbert Toyne was Director of the Brighton Education Committee, although the family spent some of his childhood years in India, where he became a linguist in Indian languages and dialects. He went up to Oxford University in 1925, reading History at Corpus Christi. He was an active member and later president of OUDS (Oxford University Dramatic Society) and achieved the title Master Swordsman, gaining a university "double-blue" in foil and archery. He became 'companion-in-Arms' to Prince Olaf of Norway, fighting as a member of the Prince's invincible university epée team.An accomplished and published poet, Gabriel met Margaret Rawlings at a literary meeting at Oxford's Lady Margaret Hall. With acting, fencing and poetry in common they fell in love and married in 1927. Gabriel came down with an honors degree, Margaret eloped into the theatre, first into Esme Percy 's company where Gabriel was stage-manager, and then on a tour of Canada with Charles MacDona's Players.After a run of successful plays in the provinces, Gabriel and Margaret were perhaps the youngest Leading Lady and Producer partnership to travel to the dominions. Arriving in Australia on the SS Makura in December 1931, Margaret's fame proceeded her, and Gabriel mounted heralded productions for her to star in, 'The Barretts of Wimpole Street' being the most highly praised.Gabriel had become an accomplished pilot and the couple flew to many smaller theatres in this vast country. He acted in his first film 'Hypnotized,' released in the USA as Flames of Conscience (1935). They sponsored a vital young Australian dancer Robert Helpmann, employing him in their company, producing his first ballet and bringing him back to England.Returning to England their paths drifted amicably apart, Margaret to become a stalwart of the London theatre and Gabriel to pursue his wider interests as an actor-manager in provincial theatre and as an established fight director. He partnered first with the revered Russian theatre expert Theodor Komisarjevsky and later in the thirties with with Irish hell-raiser producer Tyrone Guthrie.As a master swordsman he trained many actors. His friendship sparring with Errol Flynn gained him a role in the film Murder at Monte Carlo (1935), now sadly lost from the vaults. Alec Guinness wrote in his memoirs, "For a short time I became an enthusiastic swordsman and took lessons from . . . the solid Gabriel Toyne, who was a much sought-after arranger of fights . . . and who gave his services free to the young." John Gielgud asked Gabriel to mount the fights in his 1939 Lyceum Theatre production of 'Hamlet' - considered by many to be the definitive production of the century.Early in 1940 George Bernard Shaw wrote to Dame Edith Evans about his new production 'The Millionairess' that, "Blenderbland had better be played by Gabriel Toyne because he knows how to fall, being an athletic expert as well as an actor proclaimed a genius by James Agate." (Agate was the revered Sunday Times drama critic, author and raconteur 1877-1947) Unfortunately the Second World War put paid to the production. The Millionairess (1960) was finally made by Anthony Asquith starring Sophia Loren 20 years later.His marriage to Margaret dissolved in 1938, Gabriel re-married the much admired theatrical and film actress/comedienne Diana Beaumont in 1941, just prior to shipping out to India.As a major in an Anglo-Indian Gurkha regiment, he served in the Burma theatre-of-war, ultimately becoming a prisoner of war of the Japanese Army and put to hard labor on the Burma Railroad. A victim of this disgusting example of man's inhumanity to man, he would never talk about this experience. When invited to consult on David Lean's The Bridge on the River Kwai (1957) by his friend Alec Guinness, he was unable to re-live the horrors.Upon returning to London after the war, Gabriel worked with Tod Slaughter on his 'The Curse of the Wraydons' (AKA Strangler's Morgue (1946).) This project became an unusual first: Gabriel and Diana took over the management of the Theatre Royal, Stratford East (London) in 1950 and his theatre adaptation named after the lead role Wraydon 'Spring-Heeled Jack' became the first ever live television outside-broadcast of a stage play 'The Strangler's Morgue' (with Peter Dimmock, BBC January 16, 1950).Prior to that, between 1947-49, Gabriel and Diana toured the remnants of the British Empire with their company the British Repertory Players, ending the successful tour in Australia and New Zealand traveling through through Hawaii and Los Angeles, where their young daughter Gabrielle Beaumont was heralded as England's Shirley Temple. Their son Christopher was born in Auckland during the tour.Although the wartime experience took a heavy toll on Gabriel's health in 1950, Richard Greene insisted that he join the The Adventures of Robin Hood (1955) as Fight Director. From the very first shot (Gabriel fired the a