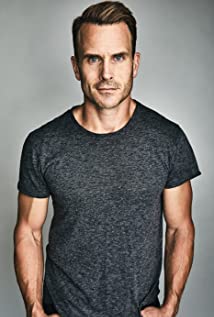 Gabriel William Hogan is a classically trained actor. He has become a familiar face to audiences worldwide, turning out critically acclaimed performances on both the big and small screen. He resides with in Southern California with his wife actress Inga Cadranel and their 2 children. A gifted and charismatic screen actor, appearing in over 300 episodes of television and over 45 Movies, Gabriel's career actually began onstage in the theatre. His parents, Actors Michael Hogan and Susan Hogan were both involved in the arts and instilled in him an appreciation for all things creative. After moving around a bit in his youth playing sports Gabriel decided go to school to study acting. Having grown up in a diverse community surrounded by artists of all kinds it wasn't long before he began performing himself and quickly became a sought after stage actor. Hogan shifted focus and began to work steadily in both film and television projects around 1997 when he was cast in a Breakthrough role as Lt Bobby Danko in the Dramatic film Peacekeepers (1997) for which he was nominated for a Canadian Screen Award as best Lead Actor. His break in American film came in 2004 when he was cast opposite Charlize Theron as British officer "Julian Ellsworth" in the wartime drama Head in the Clouds (2004) . He has been working steadily on both sides of the border and around the world ever since. Gabriel has 2 siblings, a younger brother, Charlie Hogan and an older sister, actress Jennie Rebecca Hogan. Having been raised an athlete Gabriel played sports all his life is an accomplished Hockey Player. He is also a musician, touring and playing in multiple bands including the Punk Rock outfit "Battlescar" along with spouse and singer Inga Cadranel

Murder, She Baked: A Deadly Recipe