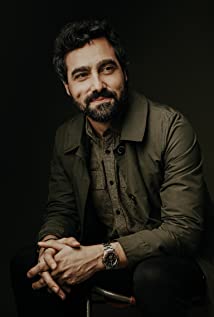 Gabriel Correa was born and raised in São Paulo, Brazil and comes from a family of artists.Since his youth Gabriel has developed a passion for Cinema and Filmmaking, having worked relentlessly ever since to reach his professional and artistic goals.Gabriel Correa is a graduate of the Film Studies Program at the renowned Fundação Armando Alvares Penteado (FAAP) in São Paulo, Brazil.Gabriel moved to Vancouver, Canada in 2001 and completed the Film Production Program at the prestigious Vancouver Film School.After graduating from VFS, Gabriel started his career in the film industry as an Assistant Director. Some of the projects that Gabriel has worked on as an AD include: Twilight Saga - Breaking Dawn Part 1 & 2, Godzilla, Monster Trucks, Supernatural (Seasons 2 through 12), Riverdale & Haters Back Off.Gabriel directed the episodes "American Dreams" and "Jawbreaker" of the Netflix/WB hit TV show Riverdale - Season 3.Gabriel is attached to Riverdale - Season 4 as the show's Producer/Director.Gabriel produced and directed the short film "The Ambassador" and his second short project "Beautiful Gun" was the recipient of the inaugural Directors Guild of Canada BC Short Film Awards.Gabriel is fluent in Portuguese, English, and Spanish, and has Brazilian, Canadian and Italian Citizenships.Gabriel is a member of the Directors Guild of Canada and is represented by APA.