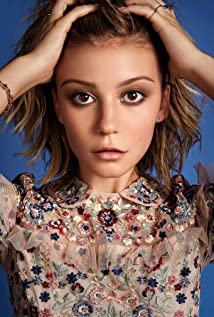 Genevieve Hannelius is an actress, singer, and entrepreneur. She was most recently seen starring in Netflix's original series "American Vandal." She is perhaps best known for starring on the three-time Emmy-nominated Disney Channel series, Dog with a Blog, which premiered in October 2012, and was watched by 4.5 million viewers.Previously, Genevieve appeared in the critically-acclaimed reboot of the landmark TV mini-series "Roots" which aired in May 2016 on the History Channel. She recently wrapped production on the independent thriller film titled DAY 13 and the independent comedy feature SID IS DEAD from producer Jeremy Garelick.Born in Boston, Massachusetts and raised in Maine, Genevieve always had a love for entertaining, even at a very young age. She got her start in acting by participating in local theatre productions, landing the starring role as "Madeline", when she was eight-years-old in "Madeline's Rescue" and "Jenny" in "Tales of a Fourth Grade Nothing". Realizing their daughter's love for performing, Genevieve's mom and dad made the decision to come out to Los Angeles for pilot season in what may have been the worst time in history to try and break into the entertainment business; during the 2008 Writers Guild of America strike. Upon arrival, despite the current conditions of the industry, Genevieve started to book projects, immediately. Her first real job, was a commercial for the "Aquarium of the Pacific". Soon after the commercial launched, she booked a series regular role on the Bob Saget series, Surviving Suburbia, for ABC, filming 13 episodes in 2009.Although "Surviving Suburbia" only lasted one season, 2009 would prove to be a very busy year for Genevieve. After the series wrapped, she was discovered by a Disney Channel executive who caught Hannelius on the "Aquarium of the Pacific" commercial, and sought her out for several projects in production over at Disney. Throughout the rest of 2009 to 2012, she landed roles on Disney Channel hit series, including Sonny with a Chance, Hannah Montana, I'm in the Band and Good Luck Charlie, in addition to her role in the Disney Channel original movie, Den Brother and Disney Channel's Leo Little's Big Show. She also has lent her voice to several films over the last few years, working on Disney's Treasure Buddies and Spooky Buddies as the fun-loving golden retriever, "Rosebud", and The Search for Santa Paws and Santa Paws 2: The Santa Pups, also Walt Disney Studios Home Entertainment.Genevieve is also a tech entrepreneur. She started "Make Me Nails" in 2013, which sells customized nail wraps direct to consumers globally. She has been recognized for her entrepreneurial endeavors in Seventeen Magazine, Teen Vogue Magazine, Cosmopolitan Magazine, The Hollywood Reporter and the Huffington Post. In June 2019, Genevieve launched her eponymous nail polish line, G Polish.In her free time, Genevieve enjoys writing music, playing the piano, singing, poetry, fencing, horseback riding, ballet, juggling and acrobatics. She is also an active supporter of "A Window Between Worlds", a nonprofit organization dedicated to using art to help end domestic violence. She has been supporting the organization for six years.

The Search for Santa Paws