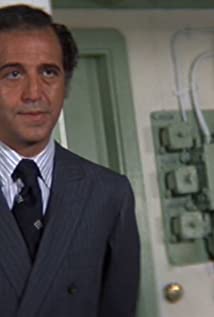 Fred Sadoff was born in Brooklyn, New York on October 21, 1926 to Henry Sadoff from Philadelphia and Bertha Leib Sadoff from Russia. He was the youngest in the family, his older brother Robert having been born in 1921. He served a year in the military from 1943-1944 and, when he got out, decided to give acting a try. He first cut his teeth in acting on the Broadway stage, appearing in "Wish You Were Here" in 1947 and the original production of "South Pacific". He got his film break in 1958, working with Audie Murphy and Michael Redgrave in The Quiet American (1958) as Dominguez. One role he appeared in, and was not given credit for, was a small speaking part in the (1952) movie Viva Zapata! (1952). He was still more interested in the live theater than in movies, though, and felt that film did not offer enough depth for acting. He was also interested in directing plays.After having met Redgrave, Fred decided to move to Europe and secured a contract to direct plays. He formed his own company, "F.E.S. Plays Ltd.", which stood for Frederick Edward Sadoff. He spent a lot of time with Michael Redgrave and his family. His production company was doing quite well in England, producing such plays as "Huey" and "The Importance of Being Oscar". For ten years, things were going well, but then his life took a turn and things began to change. He never married and kept a rather secluded lifestyle, with a secret nobody knew very much about, as things like that were not talked about in those days. His company also ran into financial problems in the late 1960s and early 1970s. He felt it was time to move on in his life. He alternated between returning to the United States to do television series and then going back to Europe to finish dealing with the closing of his company.It was not until 1972 that the movie industry would really notice Fred. A book written by Paul Gallico was being made into a movie. The film was The Poseidon Adventure (1972) and Fred played the character Linarcos. The film was a gigantic classic and Fred's film and television career skyrocketed. However, he still wanted to keep directing live theater and, to that end, formed a new company in Hollywood, The Actors Studio, with another actor, and he eventually moved to Los Angeles in 1974. Fred kept up a steady flow of work, appearing in such series as Barney Miller (1975) and The Rockford Files (1974) and had a recurring role as Dr. Lenny Murchison on The Streets of San Francisco (1972). He did several feature films and made-for-TV movies. His life was going in the direction he really wanted, admired by fans for his resonant voice and commanding appearance. He did not want a regular part on a series, preferring to appear in a series only as long as necessary.He appeared on several soap operas, including Ryan's Hope (1975), All My Children (1970) and Days of Our Lives (1965). One of the last movies he did was the made-for-TV film The Murder of Mary Phagan (1988). He did not have a speaking part--he appeared in the last part of the movie--but was instantly recognizable. As it turned out, Fred was HIV-positive and was slowly dying of AIDS. It was in late 1993 that he realized he could not keep up the pace he had. Fred Sadoff died on May 6, 1994, peacefully at his home in Los Angeles, California. He gave much and those of us who recognized what he did, know that this was an actor who never got the due he richly deserved. He will truly be missed by all of us, those who loved him and those in the acting industry who could have benefited from his wealth of hard work and dedication it takes to be a class actor that he was.

The Execution of Private Slovik

The F.B.I. Story: The FBI Versus Alvin Karpis, Public Enemy Number One