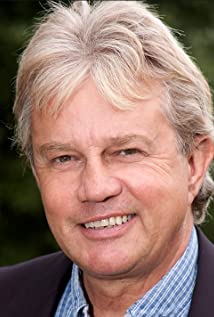 Frazer Hines has a particular distinction in the world of Doctor Who (1963) as the most prolific companion in the original 26-year run of the series; only the first four Doctors, William Hartnell, Patrick Troughton, Jon Pertwee and Tom Baker, appeared in more episodes. He was born and raised in England and is of Scottish descent on his mother's side, who came from Port Glasgow. He came to prominence as a child actor, appearing in several films before he was fifteen, including X the Unknown (1956) and Charlie Chaplin's A King in New York (1957). In 1957 he played Napoleon in the six part BBC serial Huntingtower and followed this with the role of Jan in the seven part BBC serial The Silver Sword (1957-8). Other credits as a child actor include Run to Earth (1958) and William Tell (1958). Other television roles in the sixties include the characters of Tim Birch in Emergency Ward 10 (1963-4), and Roger Wain in Coronation Street (1965).His big break came when he was cast to play the part of Jamie McCrimmon in the BBC series Doctor Who, a companion of the second Doctor, played by Patrick Troughton. Frazer appeared in the series regularly from 1966 to 1969, earning himself a place in the Guinness Book of Records as the longest running companion of the Doctor. He returned to the show twice, as a cameo in the 30th anniversary show 'The Five Doctors' (1983), and alongside Patrick Troughton (second Doctor) and Colin Baker (sixth Doctor) in 'The Two Doctors' (1985).In 1972, Frazer was cast in the soap opera Emmerdale Farm as Joe Sugden, a role he played regularly until 1994. Since leaving the show he has concentrated on a career in the theatre, appearing in many plays, and he currently believes he holds the record for the second most consecutive pantomime appearances - the record holder being Christopher Biggins with 38 appearances. His most recent theatre tour was in John A Penzotti's Five Blue Haired Ladies Sitting On A Green Park Bench (2011).Frazer has continued his association with Doctor Who and has appeared in and narrated several of the audio adventures published by Big Finish. He has also provided audio commentaries for several of his stories when released on DVD, and has narrated some of the soundtrack releases put out by BBC Audio and AudioGO.In 1996 Frazer released his autobiography, Films, Farms and Fillies, but at the time of publication, the publishers were in the process of being sold, and so his book only received a rather lack-lustre paperback release. In 2010 therefore, he released a reissued hardback edition of the book, retitled Hines Sight, which corrected many of the typographical and production errors of the first release. This edition was then released in paperback in 2011, and as an audio edition in 2012. In 2013 he released a photographic book of images from his life called Fifty Shades of Frazer. Both are available from his website.

Doctor Who: The Faceless Ones

War Zone: The End of an Era

You Only Live Twice