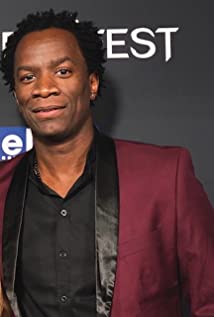 Frantz G. Saint Louis Jr. rose from humble beginnings in Brooklyn, New York. Raised by his mother and grandmother, Frantz fell in love with the arts at the young age of three. His single mother, a registered nurse, taught Frantz the importance of dedication and education in one's vocation. She also nurtured him to be an outstanding member of his community, devoted to helping and inspiring others. His passion for the arts turned Frantz into a disciplined actor committed to the craft of telling of stories rich in human emotion. He honed his skills on stage, working in notable off Broadway houses including Hadley Players, American Theatre of Actors, and The Triangle Theatre. Frantz has had the pleasure and honor of working with Broadway legends Ruby Dee and Ossie Davis in the production of "Light in the Cellar," and Louis Larusso II in the hit production of "The Zebra." Critics from the New York Amsterdam News praised Frantz in the play "Know Thy Enemy," hailing his powerful portrayal asserting that "it will be a long time before one sees a young stage actor actually internalize the difficult role of a slave." After impressing notable writer/director Jim McKay and HBO executives, Frantz earned the lead role, specifically written for him, in the HBO original film "Everyday People." Expanding his repertoire, Frantz guest-starred on several hit TV shows in both New York and Los Angeles including "Law and Order" and "The Shield." Very adept with accents, Frantz is fluent in Haitian Creole, and has mastered Jamaican, Caribbean, and African speaking styles. Frantz has also established his own production company Parkside Avenue Films where he will write, produce, and act in original stories for the tube and screen.