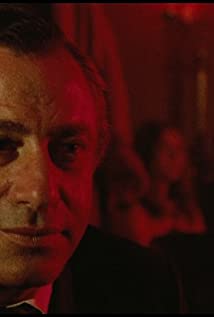 Frank Wolff started his career by acting in several Roger Corman films. However, Wolff had to travel to Europe to be successful. He was finally able to become a well known actor in Italy and Europe with his performance in Salvatore Giuliano (1962) and had roles in many European film productions. Moreover, Wolff became a major star in Spaghetti Westerns. His most famous, but briefest, performances was as Brett McBain, the friendly farmer in Sergio Leone's Once Upon a Time in the West (1968). He also brought much needed light relief as the sheriff in Sergio Corbucci's The Great Silence (1968). When the time of "Spaghetti-Westerns" was ending, Wolff had several roles in Italian crime movies. Other memorable performances were in Duccio Tessari's Giallo Death Occurred Last Night (1970) or in one of Wolffs last performances as a police commissioner in Fernando Di Leo's Caliber 9 (1972). Sadly, the great actor suffered from depression and killed himself in the Hilton Hotel in Rome in December 1971.

When Women Lost Their Tails

When Women Had Tails

Transplant of a Brain