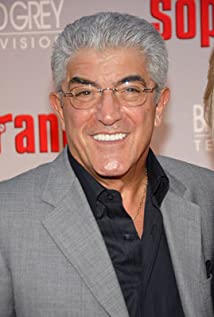 "Go home and get your shine box....", so said ill-fated Billy Batts in Goodfellas (1990). However, Billy Batts is better known to a legion of crime-film fans as the talented actor, musician, and comedian Frank Vincent. He was born in North Adams, Massachusetts, but was raised in the Greenville section of Jersey City, New Jersey. Frank studied music at St. Pauls Grammar School and became a keen drummer at a young age, while his father introduced him to the dramatic arts. Vincent went on to became quite an accomplished musician and played with some of the key 1960s recording artists including Trini López, Del Shannon and Paul Anka. In 1975 Vincent appeared before the camera for the first time in the low-budget The Death Collector (1976) where he was noticed by acclaimed director Martin Scorsese, who cast Frank in three iconic American films: the first saw Frank play the insolent Salvi in Raging Bull (1980), secondly as the aforementioned made man Billy Batts in Goodfellas (1990) being bumped off by Joe Pesci and Robert De Niro, and once again as Frank Marino in Casino (1995). Frank Vincent appeared in over fifty movies, and set the pace as one of the cinema's most versatile and resourceful character actors. With the recognition of his talents, various new opportunities work followed, and Frank lent his skills to contributing and appearing on video games, in television commercials and even rock-music clips with artists including DMX, T-Boz and Hype Williams. He also had the role of Phil Leotardo in the legendary gangster TV series The Sopranos (1999).Frank Vincent was also the proud recipient of the Italian American Entertainer of the Year Award, and was also acknowledged with a Lifetime Achievement Award presented by the Back East Picture Show.

If You Only Knew