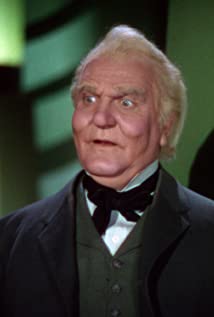 Jovial, somewhat flamboyant Frank Morgan (born Francis Wuppermann) will forever be remembered as the title character in The Wizard of Oz (1939), but he was a veteran and respected actor long before he played that part, and turned in outstanding performances both before and after that film. One of 11 children of a wealthy manufacturer, Morgan followed his older brother, Ralph Morgan (born Raphael Wuppermann) into the acting profession, making his Broadway debut in 1914 and his film debut two years later. Morgan specialized in playing courtly, sometimes eccentric or befuddled but ultimately sympathetic characters, such as the alcoholic telegraph operator in The Human Comedy (1943) or the shop owner in The Shop Around the Corner (1940). He was nominated for an Academy Award for Best Actor for The Affairs of Cellini (1934). Frank Morgan died at age 59 of a heart attack on September 18, 1949 in Beverly Hills, California.

Myrna Loy: So Nice to Come Home to

Any Number Can Play

Yolanda and the Thief